Bratislava-based Mayhem Studios is currently working on a strategic role-playing game named Shadow Vault. The game, which is currently without a publisher, is set in the year 1958, when humans from the future have traveled back through time to escape the end of the world. The time travelers' ambitions involve a lot more that just cheating death, though, and they arrive in the year 1958 along with a great army to wage war against their own ancestors.

Gameplay in Shadow Vault will be turn-based, and Mayhem Studios claims that the emphasis will be placed firmly on the player's ability to make strategic decisions. The game will consist of around 20 levels in total and will feature approximately 30 different characters and unit types.

Shadow Vault is currently scheduled for release across Europe in October, although no UK or North American release dates have been announced at this time. We'll bring you more information on Shadow Vault as soon as it becomes available. 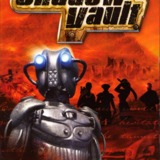