Arxel Tribe, the French game developer that created Ubi Soft's recently released adventure game Alfred Hitchcock: The Final Cut, is working on Mistmare, a role-playing game set in an alternate-reality Europe in the year 1996. Players will assume the role of a monk on a quest to rebuild a world torn apart by war.

Although the game is set in 1996, its alternate-reality world is in a medieval state. There was no industrial revolution, and all the cities in Europe are isolated due to an evil magic field that prevents travel. The game is powered by LithTech's 3D engine technology, and it will include realistic weather effects, more than 80 interactive characters, more than 35 different monsters, and a wide variety of weapons. Players will explore a huge number of interior and exterior areas in their quest to find the person responsible for sending the world into a state of chaos.

We've posted some screenshots in the gallery above that show off some of the game's characters, environments, and visual effects. For more information about Mistmare, visit the game's official Web site. No North American release date or publisher has been announced. 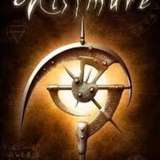