We take a look at Hasbro's Avalon Hill turn-based strategy.

Hasbro showed off a number of MicroProse branded games in San Francisco today. Among them was Squad Leader, a turn-based tactical wargame based on the popular Avalon Hill tactical board game.

Squad Leader is a World War II game that lets you play three sides in the European theater: Britain, America, and Germany. Each side has a different campaign, with different types of missions, as well as the troops and vehicles specific to each nation. The American campaign is the Normandy invasion; the British campaign encompasses Operation Market Garden; and the German campaign deals with the Battle of the Bulge. Each campaign will have ten missions, and although history will not change because of your victory (that means the Germans still lose the Battle of the Bulge), you will succeed if you meet your goals. This is easier than winning a war, because in Squad Leader, as the name implies, you command a small force, composed of at most four squads, so you'll probably never control more than several dozen troops at a time, including special forces like medics and transports.

The game is being developed by Random Games, the designers of SSI's Chaos Gate, and will essentially use the Chaos Gate engine. Squad Leader will play like the other tactical simulators in the genre - that is, you'll command your individual soldiers during turns, using or saving action points to perform various actions such as firing, moving, and providing cover. Unlike in Chaos Gate, the computer will be smart enough to automatically assume a defensive covering posture when you end a turn, if you still have action points left. In Chaos Gate, you had to specifically tell units to offer cover fire at the end of the turn. As an example of the depth in the game, MicroProse says every one of the 100 troops per side will be unique, with its own bios and skill propensities. A farm boy, for example, who has driven tractors before, might be more adept at driving treaded vehicles. In addition, morale will be a huge factor in the game. Naturally, your squads will operate better as a single unit, so if you spread them too thin, they'll be less effective. Off-the-field events will affect on-the-field performance. So if a soldier receives a Dear John letter, he might lose the will to live and become reckless in battle. If he is notified that he has won the lottery back home, he might suddenly become very wary of entering battle and flee at the first opportunity.

Despite the depth in the game, Bill Levy, producer for Squad Leader, says, "We are trying to make the game accessible." So, the tool bar is being streamlined and the interface made less daunting with the extraction of extraneous buttons. There will also be a boot camp tutorial, with an actual boot camp with different training grounds for learning the various possible actions in the game. The game will also come with a scenario editor and support for four-player multiplayer games.

Visit GameSpot for more news in the coming months. Squad Leader is supposed to ship in October 2000. 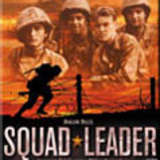