We get an early glimpse at 3DO's follow-up to Warriors of Might and Magic.

The 3DO Company gave us an early look at its upcoming PlayStation 2 action title, Shifters. If you played last year's Warriors of Might and Magic, you will notice quite a few familiar faces in Shifters, as the game draws on characters introduced in that game. Medieval warrior Alleron, his nemesis Daria, and the Grand Inquisitor are back in a new adventure set in a world outside of the Warriors continuity. Instead of being a true sequel to Warriors, Shifters takes Alleron and company in a new direction that offers a departure from your typical Might and Magic game.

Alleron's new quest finds him attempting to restore order to a ravaged kingdom. It seems that an ancient artifact with the power to control gateways to a chaos-filled universe has been used to wreak havoc. To set things right, Alleron must find the artifact and repair the damage to the kingdom before the unleashed chaos spirals out of control and brings about the destruction of the universe. Alleron's quest will find him hacking and slashing his way across more than 20 levels set in three different worlds.

Gameplay will be more focused on action this time out; Alleron's arsenal of spells and weapons will be expanded: He'll now have the ability to shapeshift into a number of forms. You will begin the game with the ability to shift into just one form, but eventually you'll be able to choose from up to 12 different forms, each with different abilities. Shapeshifting will become an important component of gameplay in Shifters as you will only be able to access some areas within the game by using a specific form. While you will be able to choose from up to 12 forms to shift into, the game will offer a total of 24, so this should provide some replay value.

The game will use a refined version of the Warriors graphics engine. Responding to the criticism leveled at the graphical performance of Warriors, 3DO has devoted time toward ironing out the kinks in the graphics engine. The early build we saw already ran at a fairly solid 30fps even with enemies, lighting, and weather effects. Animation is also being bumped up to smooth out Alleron's moves and those of his enemies.

Shifters is set for a holiday 2001 release. 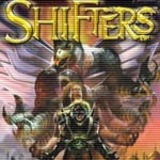