Nintendo first confirmed it would introduce paid downloadable content on the 3DS in August, but the company's plans are only now firming up. According to Andriasang, The Japanese Nikkei news outlet is reporting that the 3DS maker will roll out its first paid DLC next year with the portable's debut installment in the Fire Emblem series of strategy games.

In a video presentation following the Nikkei report, Nintendo president Satoru Iwata announced that Fire Emblem will arrive on Japanese shelves April 19. However, he did not unveil DLC plans for the game.

The Nikkei report did not include details on what the DLC would consist of or how much it would cost, but Iwata has previously addressed the company's general strategy for DLC. In August, he stressed that it would be unwise for Nintendo to pursue paid downloadable content of the small-scale variety, such as stat increases. Selling this type of content, he said, could increase short-term sales, but it would damage the long-term relationship Nintendo has with its customers. He added that the company also does not plan to pursue the free-to-play model, where developers release a game for free and monetize it through microtransactions. This type of business model, he said, would be a disservice to Nintendo's content. 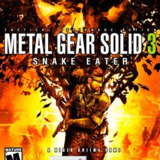