We got our first look at the new Final Fantasy action game from Koei Tecmo at E3.

Square Enix closed out its E3 2021 presentation with an official reveal of Stranger of Paradise: Final Fantasy Origin, the previously leaked Final Fantasy spin-off from Koei Tecmo and Team Ninja. The game is slated to release in 2022, and it's coming to PS4, PS5, Xbox Series X|S, Xbox One, and PC. What's more, PS5 owners will be able to try the game out today.

As rumored, Final Fantasy Origin is an action-RPG in the vein of Nioh, featuring a much darker atmosphere than most previous Final Fantasy games. The game casts players in the role of a warrior named Jack, who sets off with his allies Ash and Jed to defeat Chaos.

PS5 players will have the first opportunity to try out Final Fantasy Origin, as Square Enix is releasing a limited-time demo of the game later today, June 13. The demo is set in the Chaos Shrine and lets you sample some of the different job classes. However, it will only be available until June 24. You can read more details on the official Square Enix website.

Square Enix had a few other games to show off during its E3 2021 presentation. The company also officially revealed Marvel's Guardians of the Galaxy from Eidos Montreal, and we got a closer look at Babylon's Fall from Platinum Games. You can catch up on all the biggest news and reveals from Square Enix's E3 presentation in our roundup. 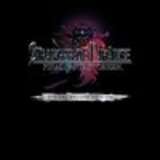