Leading the charge this week is Final Fantasy Mystic Quest (800 Wii points, or $8). From Square Enix, the role-playing game thrusts players into the adventurous boots of Benjamin, a weapon-wielding traveler. His goal is to retrieve the four stolen crystals needed to restore balance to the world. The title was originally released on the Super Nintendo Entertainment System nearly two decades ago in 1992.

Switching to WiiWare, Nintendo ushered in two new titles to that hub today, the first of which is Nintendo’s ThruSpace (800 Wii points, or $8). Like many WiiWare titles, ThruSpace is a puzzle game. It tasks players with moving and rotating objects known as keydrons through gaps in walls while inside a virtual hallway.

The other title dropping on WiiWare today is Happy Holidays Halloween (500 Wii points, or $5). From 505 Games, the title is a themed virtual greeting card maker. Players can dress their characters in costumes and decorate their cards with varied backgrounds, music, and stickers. After creating the card, players can send it to their friends via a Nintendo Wi-Fi connection.

Nintendo added four new titles to the DSiWare download hub today, the first of which is Snapdots (500 Wii points, or $5). From Nintendo, the puzzle game tasks players with assembling dozens of photo puzzles by shooting matching pieces from a UFO controlled by the player. The game features multiple block types, as well as two game modes: puzzle and time attack.

Also debuting on DSiWare today is Zoo Games' Armada (500 DSi points, or $5). The title thrusts players into the command of a military aircraft carrier. Players are then tasked with landing the aircraft, refueling, and taking to the skies to engage enemies, dodge unstable weather, and avoid collision.

The last two titles hitting DSiWare this week are Academy: Tic-Tac-Toe (200 DSi points, or $2) and Music On: Playing Piano (200 DSi points, or $2). The former is a virtual pocket version of the classic pen and paper game, and the latter is a keyboard tool, where gamers can play along with 15 "popular" songs. 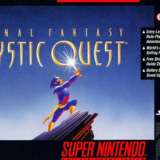