Final Fantasy Explorers Gets 21 Job Classes For US Release

Square Enix has announced more details on its upcoming role-playing game for the 3DS, Final Fantasy Explorers. The game will feature 21 different job classes, including the specialised Blue Mage and Samurai jobs, which were previously only available at downloadable content in Japan.

Each job class possesses its own unique abilities and skillsets. Players will be able to switch, combine and level between jobs, allowing for a huge array of customisation options. You can see more details in the infographic above.

Final Fantasy Explorers is scheduled for release in North America on January 26, 2016 for Nintendo 3DS at $39.99. Check out more screenshots from the game in the gallery below. 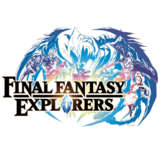