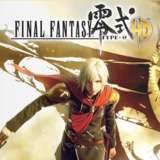 Final Fantasy Type-0 was released for the PSP three years ago in Japan, and after hope for a western release faded into the past, some fans turned their attention to an unauthorized translation that was released just before E3 earlier this year. The patch was swiftly taken down by Square Enix, for the company had a secret. Final Fantasy director Hajime Tabata confirmed that a HD remake of Type-0 was on the way: "We are pleased to announce that, due to the incredible outpouring of fan support, the localization of Final Fantasy Type-0 is officially underway."

I spoke to Tabata recently when the Final Fantasy director was in Seattle during PAX. During our discussion, Tabata shared his thoughts on not only Type-0, but also Final Fantasy XV, and how outspoken fans can have a meaningful impact on publishers. “We had wanted to bring it overseas when we started on the PSP version," Tabata started, "but when we were looking where consoles and handhelds were going, the market had shifted, so we put it on hold."

"When we were considering the best time to proceed with the HD version, we had numerous conversations with overseas media and they mentioned that there was interest and demand. We were also hearing fans communicating their desire to play the game, and Operation Suzaku had communicated their hopes...so when we realized there was clear demand from the market, we felt we should really move forward with this project."

"That was a year ago, or so, and we had continuously communicated with our overseas counterparts at Square Enix of North America and Square Enix of Europe, who also mentioned their desire to localize it. We were trying to figure out the best way to do so. In parallel to that, we started to receive more information on the next gen consoles...and we felt that we’d be able to create a pretty good HD version. That’s when we decided to greenlight the project."

It's difficult to gauge how much of an impact any individual or group made in this case, but as evidenced by the success of Operation Rainfall, a group similar to Operation Suzaku that lobbied for the release of three Wii RPGs--Xenoblade Chronicles, The Last Story, and Pandora's Tower-- these initiatives are working and that they can be instrumental in motivating publishers that are on the fence.

The demo Tabata brought to PAX looked good, especially for a game that originated on the PSP. It's clear that Square Enix is doing more than just upscaling textures and boosting the output resolution, and Tabata noted that there's yet more room for improvement. "The build that you’re seeing right now is about about 70-80% in terms of the quality that you’ll be seeing."

He added: "With regards to the HD version, we utilized the assets from the [PSP version's] movies for the characters. It’s really been optimized and built for consoles, and all of this is based on the knowledge that we’ve gained during the development of Final Fantasy XV."

Type-0 HD looks good, but does it play just as well? It's hard to say. Tabata drove the demo during our meeting, but he shed some light on the game's mechanics and how it differs from other games in the series.

"Ultimately, you’ll be able to control 14 characters that will be listed on the screen and you can choose which ones to send out into the battlefield. In comparison to the traditional FF games, magic plays a very direct role in the combat itself. If you see the sight markers that are popping up here and there, if you time the attacks well, you will attack with a critical hit or inflict massive damage."

It’s really been optimized and built for consoles, and all of this is based on the knowledge that we’ve gained during the development of Final Fantasy XV.

"In terms of the playability, we received a lot of praise for it in Japan," Tabata noted. "But there were a lot of players out there that desired an easier version. So, for the HD version, there will be different difficulty levels implemented into the game. Typically with RPGs, if you spend a lot of time on it, you’ll be able to defeat any enemy no matter how hard they are. In Japan, there’s this trend where people just want to play really quickly and then clear the game, so we thought that overseas fans might think the same way as well, so that’s the reason behind implementing the easy mode."

Tabata had mentioned in the past that he wanted to rebalance portions of the game, and to that end, revisiting Type-0 for the HD version was the perfect opportunity to do so. “All of those elements have been rebalanced. Back then, Type-0 was balanced for the handheld device where you’d be playing at a close distance. But, now that you’ll be playing on a TV, we took that into account and rebalanced it for the console experience."

Moving Type-0 to consoles also means removing the game's local co-op elements, as I learned when I asked about the possibility of online co-op via PlayStation Network or Xbox Live. Tabata explains: “Originally, for the handheld device, when we introduced the multiplayer aspect, it was so that people could get together in the same environment and play together. But for the console, we thought it would impede on completing the game, so it’s not included in the game.”

"When we were planning the combat system..it is completely different from any you’ve seen in past Final Fantasy titles...we didn’t want it to be detached. We wanted it to be on the same map. So to get a realistic feel for the combat itself, rather than it being on another map, we wanted the characters to be able to fight the enemies on the same field." Obviously, Type-0 isn't the first Final Fantasy to combine the flow of combat and exploration. That's something we've seen in Final Fantasy XI, XII, and XIV, but Tabata elaborated, and explained that the brutality of combat is where the game truly separates itself from it's brethren.

As Tabata sees it, Type-0 is the first "mature" Final Fantasy game due to the way combat and injuries are depicted in the game. "Since we are utilizing magic to combat the enemies, we wanted it to be more realistic in terms of the damage that fire may inflict on an enemy soldier. So, if they're hit by magic, which is very strong, if an enemy is hit by fire, it will be extremely painful and they might incinerate to death. So those are the key features, and the realistic elements that I wanted to draw on, for this combat system. When I initially created the concept document for this particular title, the keywords 'killed in action' were most important. That’s why I really wanted to focus on the theme of life and death, and that’s really at the core and the focus of this game. I believe that these kind of themes make this a mature title."

I wanted to explore Tabata's thoughts on bringing Type-0 to Vita and PC. While porting it to the Vita seems more unlikely than the PC, he reiterated that they are only focused on the console version for now. At least Tabata acknowledged that the live demo was running on a PC. "First and foremost, with the Vita version, we wanted to quickly release the PS4 and Xbox One HD version overseas, so we really prioritized optimizing it for those platforms. In terms of the PC version, it’s still up for discussion. It is a possibility, but it’s up for discussion. And it's running it on the PC right now, so…"

Tabata also notes that his other project, Final Fantasy XV, is coming to the same consoles, and he's focused on preparing PS4 and Xbox One owners for that game by whetting their appetites with Type-0. "I am also involved with the development of Final Fantasy XV right now, so in preparation, and to create a stepping stone for the next Final Fantasy that will arrive on those platforms, I really want to bring this to the PS4 and Xbox One and have people experience it there."

How soon will North America and Europe get a chance to experience Type-0? Tabata wouldn't say. "So, it is a packaged title, and we have a release date, but we can’t disclose it just yet. We’d love for you to play it."

Are you looking forward to Final Fantasy Type-0, or have you already had experience with the PSP version? What do you look for in a Final Fantasy game these days? Share your thoughts on this unusual entry, and the series at large, in the comments below.