Here's everything new coming to the Final Fantasy battle royale in Season 2.

The iconic summon will appear on the battlefield as a boss enemy, with a ton of HP and some nasty attacks at its disposal. Gather a group of friends and drop into specific areas of the map to try and take the god-like creature down…and perhaps into your control.

A few areas of the map now have crystals sticking out of the ground, approaching one will trigger the Bahamut fight. Its trademark move will set the ground on fire, inflicting damage over time, while his Divebomb attack can deal a ton of damage very quickly.

If you can defeat it, the Bahamut Summon Materia will drop, giving you access to the mighty creature for the rest of the match. Its full move list is below:

The brand-new Dragoon style also makes its Final Fantasy VII: The First Soldier debut, giving players with a flair for the air a new option. Dragoons can jump higher than other styles, and they're also able to glide slowly back to the ground after every jump, allowing them to cover a ton of ground very quickly.

The Dragoon's melee weapon of choice is the lance, letting them attack from a longer distance than sword users like the Warrior. Furthermore, abilities like Dragon's Favor and the Sky Predator diving attack make the Dragoon a menace both on land and in the air.

Two new weapons enter the loot pool in Season 2, both of which can be found in unique Bahamut-style chests: the Flare Thrower and the Inferno Launcher.

The Flare Thrower is a short-range flamethrower that can deal multiple hits to nearby enemies. It's not going to perform well unless the enemy is right in your face, but it can quickly down a foe should they appear right in front of you.

The Inferno Launcher is a long-range laser that can fire two different ways: the short-burst homing lasers that deal decent damage, or the charged heavy laser that doesn't have homing capabilities, but will deal massive damage to whoever it hits.

Finally, Season 2 brings a new Materia in the form of Teleport, which generates a portal both in a target area and directly in front of the caster, allowing them to quickly travel from one point to another.

This Materia has both offensive and defensive properties, depending on the class you're using. Warriors and Monks can use it to quickly close a distance gap, getting in on an enemy and dealing massive melee damage. Ranged fighters like the Sorcerer and the Ranger, meanwhile, can use it as a back-pocket option for getting away if enemies should close in on a position.

Before you check out these new features, make sure you know which style from Final Fantasy VII: The First Soldier fits best for you. If you haven't checked the game out at all yet, GameSpot's Final Fantasy VII: The First Soldier review says there's "a lot to keep in mind, but once you get the hang of utilizing it all under fire, fights are gripping, intense, and unpredictable." 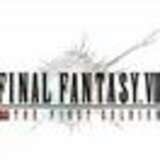