Mobius moves from mobile to PC.

Its PC version will be available for Windows computers through Steam on February 6. As on mobile, it remains a free-to-play game. You can catch a glimpse of what to expect in the trailer below. It was a good-looking game on mobile, though standards are obviously higher on PC. We had some complaints when we checked it out ahead of its release in August.

Among the Final Fantasy veterans to work on Mobius are producer Yoshinore Kitase and writer Kazushige Nojima, who both had a hand in the development of Final Fantasy VII and are now working on its remake.

Content-wise, the PC version is the same as the mobile one. However, you'll be able to play with much higher frame rates and resolutions. On Square Enix's website, project leader Naoki Hamaguchi said it features support for up to 4K. However, a press release calls out 1080p support, so it seems as if the game won't utilize 4K assets. Hamaguchi also noted that "players will be able to enjoy the game in extremely high quality in the realm of 60 FPS to 120 FPS."

If you're eager to try it out now, Mobius is still available as a free download on iOS and Android. Progress can be shared between the mobile and PC versions, letting you move back and forth between platforms.

A day after Mobius's launch, a crossover event with Final Fantasy VII Remake will kick off. This was previously offered in Japan and brings Cloud into the game. Assets from the remake were used, according to Hamaguchi.

"[W]e received 3D resources from Final Fantasy VII Remake, which is currently under development, including Cloud, Guard Scorpion, and the Mako Reactor, which we then set up to fit within Mobius Final Fantasy," he said. "We are extremely proud that as of now, there are no other titles that express the universe of Final Fantasy VII as well as Mobius Final Fantasy. We would love for you to play the collaboration event as you look forward to the game's release."

This story has been updated with additional details about Mobius and the crossover event. 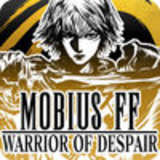