The new gameplay trailer puts an emphasis on the game's turn-based-battles, which sport visuals similar to that of Final Fantasy 7 Remake.

Square Enix announced the game will undergo a closed beta test later in 2022, but did not give a specific date or a way to sign up for the test.

Final Fantasy VII Ever Crisis will release via an episodic format that will, over time, tell the story of each game in the Final Fantasy VII timeline, including spin-offs like Crisis Core (which Square Enix announced is getting a remake), Dirge of Cerberus, and the film Advent Children. The game will be free-to-play but will include loot boxes that additional items like weapons and costumes. 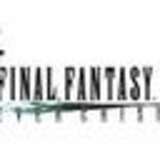