The Italian club will return to FIFA after a stint in Konami's line of soccer games.

The deal allows EA to exclusively use the club's logo and kits in FIFA 23, as well as recreate Juventus' home, the Allianz Stadium. In addition to the club partnership, former player Claudio Marchisio will be featured as a FUT hero and current player Dušan Vlahović will be an ambassador for FIFA 23. The deal also promises "a number of lifestyle and cultural initiatives bringing new opportunities outside of football."

Back in 2019, Juventus signed an exclusivity contract with Konami, which similarly ensured Pro Evolution Soccer (PES) would be the exclusive rights holder of the team's name, crest, and uniforms. Meanwhile, EA included an unlicensed version of the team--i.e. the real-life Juventus players and roster with fictional branding and uniforms--in FIFA 20, 21, and 22. PES has since rebranded as eFootball, switching to a free-to-play, digital-only model. In light of this new contract with EA, Juventus's logos and kits will not appear in eFootball.

FIFA 23 will release on September 30, 2022. If you subscribe to EA Play, you can play the game three days earlier, on September 27. The game brings cross play and women's club teams to the franchise for the first time. Similar to last years removal, FIFA 23 will not include Russian clubs or teams. 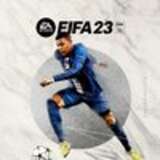