Pro Evolution Soccer 2015 will feature German midfielder Mario Götze on its cover when it's released on November 11, Konami has announced.

That it's Mario Götze--who scored the winning (and only) goal in the 2014 FIFA World Cup Final--and not Italy's Mario Balotelli is disappointing to me because it prevents me from saying that Super Mario (Balotelli's nickname) is on the cover of PES. It does, however, mean that the covers for this year's FIFA and PES games each have a star from the two teams that played one another in the aforementioned World Cup Final; FIFA 15's cover features Argentina's Lionel Messi (and, in North America, US player Clint Dempsey).

PES' release in November means the game is coming out much later than FIFA 15, which launches next month. Perhaps to make up for that, Konami plans to release a demo of PES 2015 on September 17, a week prior to FIFA's release on September 23. The PES demo will be available on Xbox One, PlayStation 4, Xbox 360, and PlayStation 3; the full game is also coming to PC. A FIFA 15 demo will be available in September, too, meaning you'll have the opportunity to see for yourself which game you prefer.

EA Sports has boasted a great deal about the enhanced levels of realism it's brought to FIFA 15. Konami, too, has spoken about striving to be the best video game simulation of the sport, saying last month that PES 2015 represents a "true return to core PES values of total control, super responsive controls, and renowned gameplay, where the user has unrestricted control over how they play." The game runs on the FOX Engine, the same technology powering Metal Gear Solid V: The Phantom Pain, and will also offer microtransactions, which Konami insists they are purely optional.

Based on what we've seen so far, are you more interested in FIFA 15 or PES 2015? Let us know in the comments. 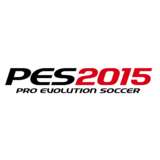