Feel the Magic XY/XX 2: Where Do Babies Come From? Import Impressions

We imported a full version of Feel the Magic XY/XX 2 so we could discover where babies come from, and thankfully, we did.

The DS launch title, Feel the Magic XY/XX, was not only a good example of the ways in which the touch screen and microphone functions could be used to create new and interesting gameplay, but also of how a game can be totally bizarre and still appeal to a wide range of people. Though dating simulators don't seem to have the same resonance in other territories that they do in Japan, Feel the Magic manages to be more than just your typical boy-meets-girl, boy-falls-in-love-with-girl scenario--the story takes a backseat to the minigames, which you use to woo your love interest. Feel the Magic XY/XX 2, with a subtitle in Japanese that translates to "Where Do Babies Come From?" does everything its predecessor does and more, incorporating three different types of multiplayer gameplay into its already diverse single-player mode. We spent some time with a Japanese copy of the full game, and quickly realized that when you can't communicate with someone through a common language, there's always the language of love.

Feel the Magic XY/XX 2 retains the very unique visual style of the first game, though both the male protagonist and the lady love interest seem to have changed. They're still primarily silhouettes, but your character now wears glasses atop his head, as well as what seems to be biking attire, colorful shorts, and a windbreaker. The lady appears in a tank top and skirt initially, but as you play through the game you can unlock different outfits, hairstyles, and accessories for her. You're also able to create designs from scratch, by using different colors and the stylus to pattern one square that will be printed across either her tank top and skirt or bikini outfits. This allows you to customize her in any way, but remember that, at least initially, she's for looking, not touching, and she'll react rather vehemently if your stylus strays anywhere ungentlemanly at any point while you're outfitting her. Additional outfits can be unlocked if you have certain Sega Game Boy Advance games in your DS when you power up the game, including a pair of red boxing gloves that you get from Sonic Battle and hand puppets from Sonic Advance 3.

The bulk of the gameplay is in the story mode, which details your first encounter with the lady, and your pursuit to win her over in spite of her many other gentleman callers. The first game leads off with you spotting her from across an escalator, going up as you and the other men are going down; her astounding femininity and beauty (represented by the hearts emanating from her body) literally blow all of you off your feet. Once you've fallen to the bottom, your quest begins. The first minigame tasks you to run up the escalator behind her by moving the stylus quickly up, while dodging it to the left and right to avoid traditional escalator perils, such as people standing in your way, or sumo wrestlers. Like all of the subsequent minigames, you have to complete five varying difficulties of the same challenge before winning her over. After the third level, there is always a humorous (but unnecessary) break time, which gives you a slight respite before the game continues on.

Other minigames include playing the piano for your lady love, hitting her with cupid-like love arrows, and thwarting the approach of competitive gentleman callers in various ways. All of the minigames involve the touch screen or DS microphone in some way, whether you touch the screen to select a menu option, as you do in the rock, paper, scissors battle, or breathe into the microphone to blow away competition that's parachuting in from a skyscraper. No matter which game you play, though, they're all guaranteed to be somewhat bizarre, unique, and generally not something you would normally have to do to win a woman's affection. Aside from the minigames that become open after you unlock them in story mode, there are two minigames open from the start: a Simon-style mimicking game, and a spray-painting game that tasks you to color between the lines faster than obstacles can thwart you.

One of the most exciting aspects of Feel the Magic XY/XX 2 is the multiplayer games, which can be played either by two people on one DS, up to four people with game share, or up to 20 people with multiple copies of the game. We got to check the first two of these, the first being a wedding cake-cutting simulator where the two players must work together to evenly cut the cake. The game share provided a few different minigames, such as an air hockey game, hot potato, and a multiplayer version of the archery game from the single-player mode.

Though Feel the Magic XY/XX 2 is not much more than an amalgamation of quirky minigames, there is so much variety and so many cool little options and hidden features that it ends up being thoroughly entertaining anyway. Although it's not currently slated for a North American release, we expect that we'll be able to properly find out where babies come from (with or without the controversial title) sometime in the future. 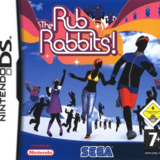