Fear & Respect goes up in smoke

Game fronted by Snoop Dogg and John Singleton canceled; Midway still plans to work with the pair of stars.

LOS ANGELES--With the recent abundance of urban-themed games flooding retail shelves, it made sense that a publisher would collaborate with two of the entertainment industry's best inner-city yarn spinners. In 2004, Midway Games announced that it had struck a deal with rapper and one-time Dr. Dre protégé Snoop Dogg and Boyz n the Hood director John Singleton.

They agreed to meld minds for Fear & Respect, a gritty tale about youths in South Central, which would be overseen by Singleton and feature the voice and likeness of Snoop. Development on the game was bumpier than a ride in an Impala with hydraulics, as the shooter's status bobbed and weaved, at one time being slated for current-gen consoles and later scheduled exclusively for next-generation systems.

It turns out the game won't be any generation now. Speaking with GameSpot News, Midway CEO David Zucker said, "Fear & Respect is on the back burner. We are still working with Snoop and John Singleton to do a game, but the actual game Fear & Respect is canceled."

The reason for the cancellation isn't clear, but it may be part of Midway's new plan in dealing with crowded genres. "I think we're at a juncture in the video game business. Everyone's talking about it. How many times are you going to give me the 16th iteration of...I'm not even going to talk about the other products," Zucker explained. "The 20th iteration of a driving game isn't going to keep the industry growing." 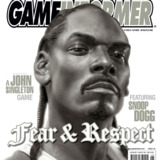