Father's Day 2021: Gaming And Tech Gift Ideas For The Dad In Your Life

To celebrate Father's Day 2021, here are the best gaming-related gift ideas for dads, from retro consoles and accessories to tabletop games and books.

Father's Day can be one of the hardest holidays to shop for--after all, what do you get the man who has everything? This year, as we're finally able to start seeing friends and family again, the holiday is even more meaningful. Father's Day 2020 is Sunday, June 20. Fortunately, if your dad or husband is into games, there's practically an endless list of games-related products he'd probably enjoy across PS5, Xbox Series X|S, PS4, Xbox One, Switch, PC, VR, and more.

Feeling a bit overwhelmed with all the choices out there? We've got you covered--here are some of the best gift ideas for gamer dads this Father's Day, including consoles, accessories, merchandise, tabletop games, and more. Whether your dad is a hardcore retro gamer, looking to get into gaming, or wants to play something for the whole family, our gift guide has something for him. 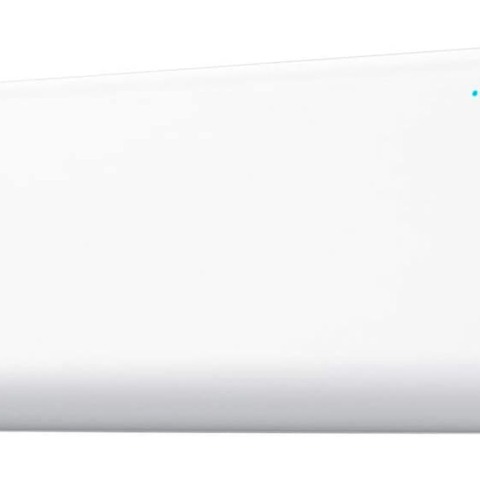 No matter what kind of dad you have, they're likely to have a few devices they need to charge regularly. This portable battery will let them charge those devices wherever they are. This particular battery emphasizes portability, so your dad will be able to keep their phone or other device charged no matter where they go. 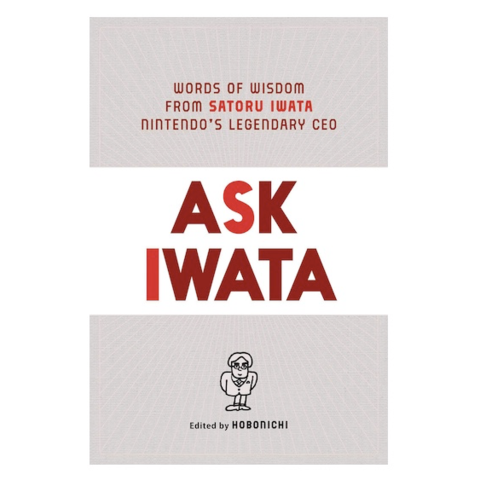 The late Satoru Iwata served as Nintendo's president during one of the company's most exciting periods, leading the launch on the DS, Wii, 3DS, and Wii U, but he was far more than a faceless suit. Beginning his career in game programming, Iwata's passion for the medium was clear, and Ask Iwata is a collection of essays and interviews he completed during his life. For players and creators alike, it's an inspiring look into the mind of one of the industry's most important figures.

Betrayal at House on the House 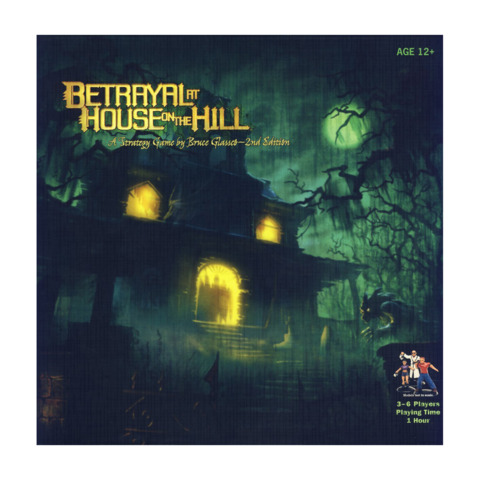 If he's a fan of board games, horror, and/or games with a strong narrative, he'll get a kick out of Betrayal at House on the Hill, a board game for three to six players who play as a group of strangers exploring a haunted house. As they enter different rooms, they'll stumble across mysterious objects and trigger certain events that will eventually lead to one player turning on the others, who must then fight for survival. Suspenseful and addictively fun, Betrayal has a ton of replay value with 50 unique scenarios that make the game different every time. It's a game that'll satiate his appetite for horror, but that he can potentially play with his family and friends, too. Plus, see more of the best board games we recommend. 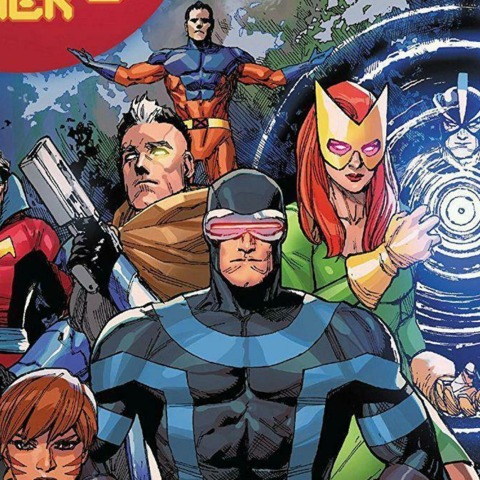 If your dad ever mentioned reading comic books when they were a kid (or still reads them regularly), a Comixology subscription is a fantastic deal. The service offers thousands of comic books you can read, and it's fairly cheap. Additionally, you can currently get a 30-day trial, giving your dad a big headstart before they use your gift subscription. 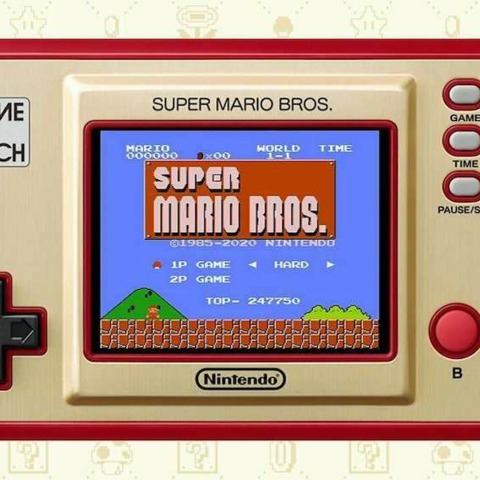 The original Game & Watch line predates the NES by several years, but Nintendo's revival combines the two in a fun and affordable package. Game & Watch: Super Mario Bros. features the full original game as well as the Lost Levels, and it functions as a clock with tons of Easter eggs. There's even the original "Ball" game updated with a Mario theme, and it's perfect to display on your shelf or desk when you're not trying to save Princess Peach. 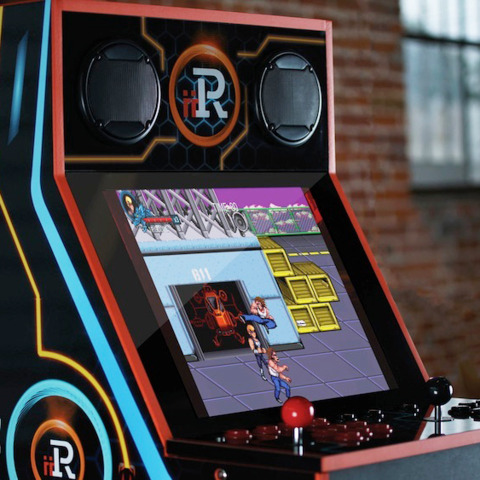 One of the newest products in the home arcade space, the iiRcade is a great option for dads who love retro gaming from the past but also want to play their favorite new titles on the same device. Classics like R-Type and Shadow Dancer are available via the online store, while Dragon's Lair, Double Dragon, and several other games come pre-installed. With new games releasing nearly every week and a $100 discount on products in the weeks leading up to Father's Day, it's the perfect time to buy one, and you can purchase an optional stand if you want to stand and play like in a real arcade. 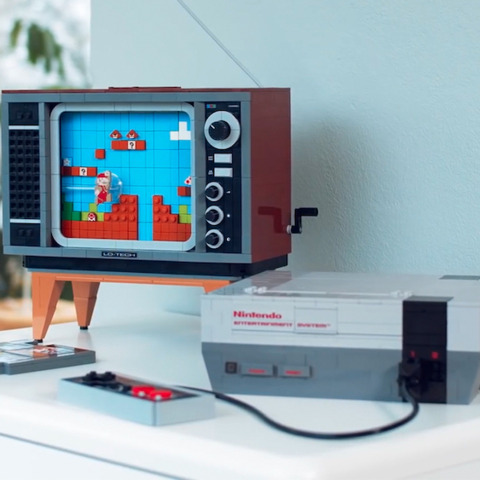 In 2021, those who were old enough to remember the original Nintendo Entertainment System's launch are barely pushing 40, and many have kids of their own, so this incredible Lego NES replica is a perfect gift. With a working cartridge slot, accurate ports, and even a moving-picture Lego TV that shows Super Mario Bros. gameplay, it's a nostalgic and charming tribute to the most important game system ever made. 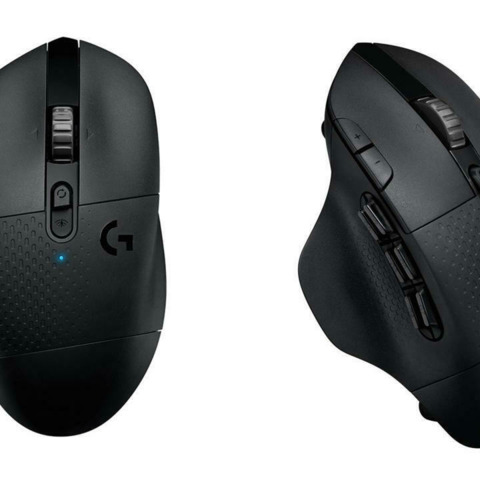 Utilizing only a single AA battery that takes 240 hours of use to drain, the Logitech G604 offers a lot of utility without having to rely on wires. Six side buttons, a pair of volume buttons, and a high response time--this is everything you could want in a high-end mouse, and the dad in your life will definitely appreciate it. 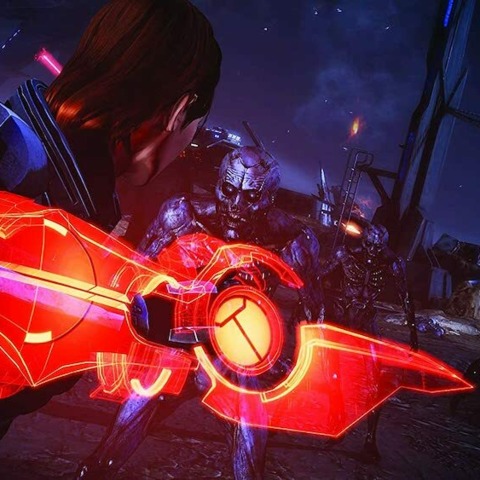 If the dad in your life has older kids and time to spare, then Mass Effect: Legendary Edition is a great choice. It collects the first three games in the series, upgrading the visuals and giving combat and other mechanics in the first game a major overhaul to make it all feel like one experience. Getting through each game will take you dozens of hours, with hundreds more if you want to do everything, and given the depth of the lore, it's very tempting to do so. 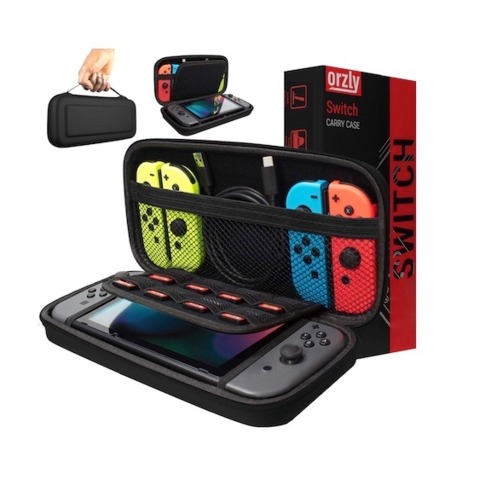 Nintendo's newest console was built to be portable, but that large, precious screen is especially vulnerable to scratches if you ever take it outside the house (and most of us do, at some point). If he travels frequently and likes to play his Switch on the plane, train, bus, or elsewhere, this hard case will protect the console and also provides handy storage for all its games and accessories. 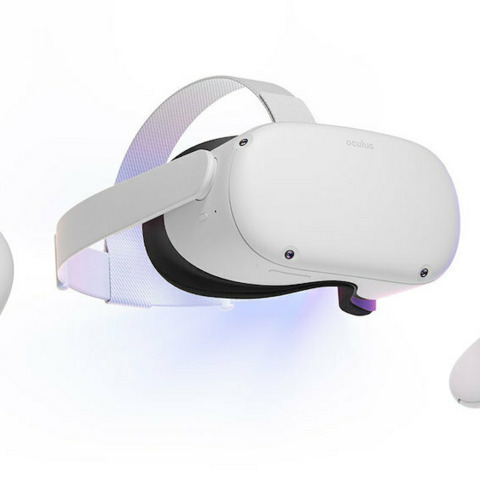 Cheaper, lighter, and more powerful than the original Oculus Quest, the Oculus Quest 2 headset is everything a dad could want in a headset. There are no wires for kids or pets to trip over, it has impressive battery life for hours of VR gaming, and the extensive library has lots of family-friendly titles for when the kids want to give it a try. Hooked up to a PC via Oculus Link, it can also be used to play Oculus Rift exclusives. 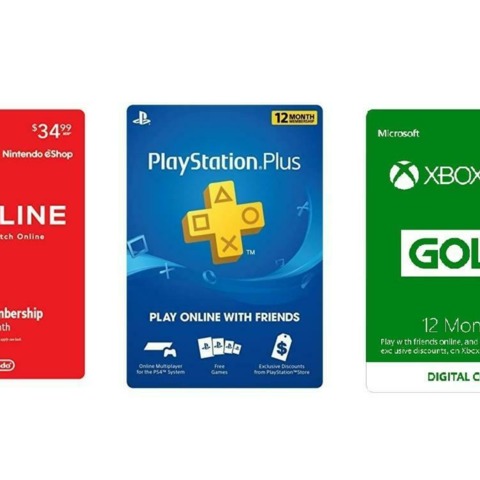 If he's a dedicated console player who isn't subscribed to PlayStation Plus or Xbox Live Gold, getting him a pre-paid membership is a solid gift any gamer would appreciate. The subscription services for each console grant access to online multiplayer, free monthly games, and exclusive discounts. A one-year membership generally sells for $60 on each platform, and one-month, three-month, and six-month passes are also available for cheaper. Nintendo Switch Online is even cheaper and comes with free access to NES and SNES games. 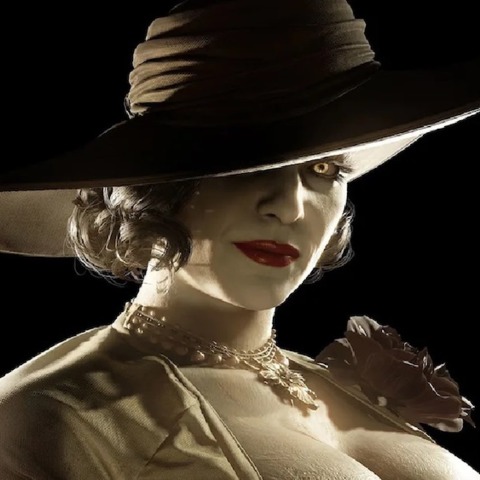 What says "dad" more than a game where you must rescue your infant daughter from a cult of mutated monsters, vampires, and werewolf creatures? Resident Evil Village continues Ethan Winters' story from the previous game, keeping the survival-horror action in first-person but taking the series in some bizarre new directions. Luckily, it's only about 10 hours or so, making it perfect for a parent's busy schedule. 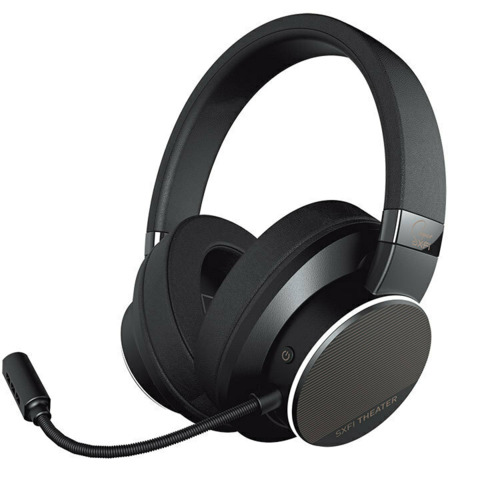 Creative's SFXI gaming headset is a cut above the competition when it comes to pure audio. Every explosion pops, every long-distance gunshot rings, and dialogue and smaller cues all stand out as you're playing. This is a high-fidelity wireless audio experience worth paying for, and while the microphone isn't as great as others, this headset is worth it for the audio output alone. 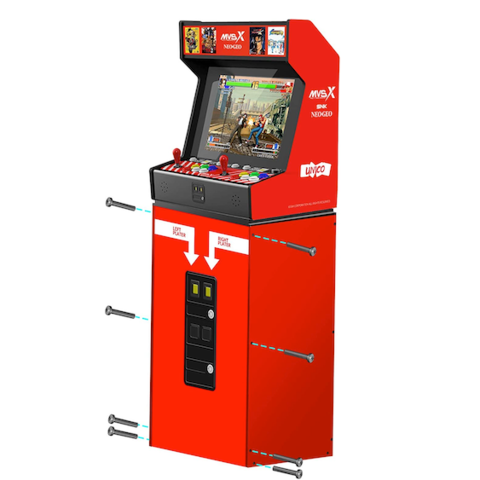 SNK's Neo Geo was one of the best arcade systems ever, ditching fixed game boards in favor of a cartridge system similar to consoles. With Unico's SNK MVSX, you get a home-scale version of the cabinet pre-loaded with 50 of its best games, including a whole bunch of King of Fighters and Metal Slug titles. It's more than a trip down memory lane, as the high-quality pixel art still holds up well today.

The Legend of Zelda Encyclopedia 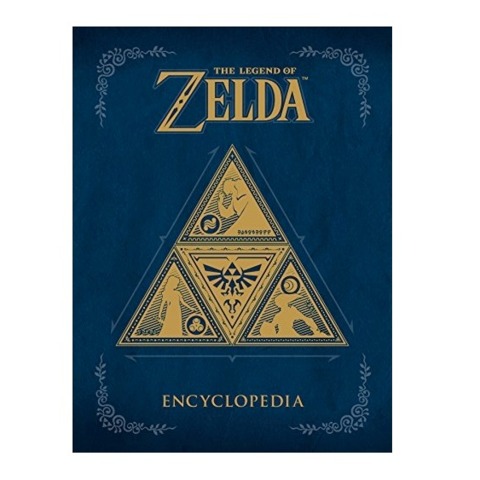 The Legend of Zelda is a powerhouse franchise that isn't slowing down anytime soon, as Breath of the Wild proved with its critically acclaimed release. If he's a Zelda fan, he'll appreciate this 320-page guide to the Zelda universe, from the 1986 original to Twilight Princess (BOTW isn't included here, but there's another book completely dedicated to it). This encyclopedia is a fascinating look at the making of the games, including their art and lore, and makes the perfect gift for any hardcore Zelda enthusiast. 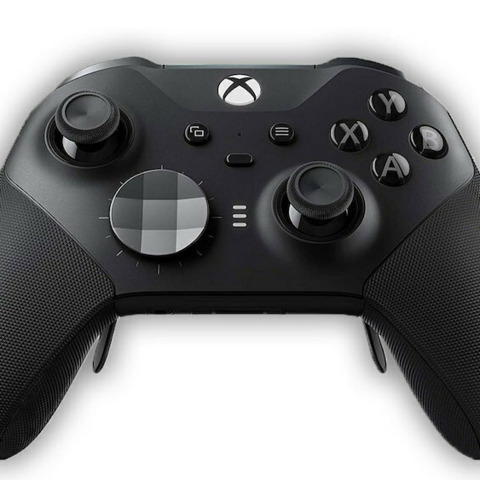 One of the most customizable and impressive game controllers ever made, the Xbox Elite Controller Series 2 is fully compatible with both the Xbox One and Xbox Series X|S. With removable analog sticks and directional pad as well as customizable paddles and tension-adjustable triggers, it can be configured for the perfect personalized setup. The case even doubles as a charging cradle, keeping it out of the way and protected when it's time to recharge. 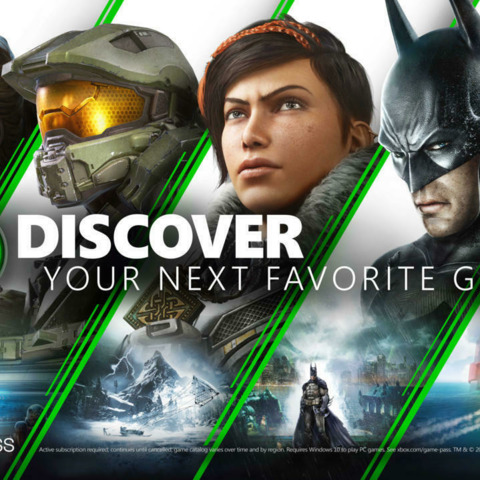 If your dad isn't a dedicated gamer, one of the best ways to take advantage of their moderately strong PC or existing Xbox One is Xbox Game Pass Ultimate. The service is essentially the Netflix of gaming, offering access to dozens of titles as long as you hold your subscription, and this includes all first-party Microsoft games the day they release. If they're a lapsed gamer looking to get back into Halo Infinite, for example, this is the perfect time to revisit the entire Halo series ahead of Infinite's release later this year, with included Xbox Live Gold access.