Zynga has found huge success by releasing its social games on Facebook, but the company is now ready to break away and interface directly with its players. At a Zynga press conference yesterday, CEO Mark Pincus announced Zynga Direct, a service set to give social games their own dedicated environment.

As reported by GameSpot sister-site CNET, Pincus emphasized at the presentation that Zynga Direct will connect its casual-gamer audience through a variety of devices. "It's a platform for a direct relationship with consumers whether on the Web, or on mobile, to give you a whole sandbox and create socialness about the games and not just within the games," he said.

The new direct-to-consumer platform will integrate with Facebook Connect initially for account creation. However, once in the Zynga ecosystem, players will be assigned a ZTag, which will act much like an Xbox Live gamertag or PlayStation Network profile. ZTag identities will also allow for pseudonyms.

CNET notes that Facebook's massive user base has served Zynga well, but moving its games out from under the social network's umbrella will allow it to escape the imposed 30 percent cut on game revenue. Creating its own untethered network makes it possible for Zynga to connect players regardless of platform, CNET reports.

Onstage, Pincus pontificated on how to get people to play its games, reports CNET. The Zynga CEO stressed that the FTUE, First Time User Experience, is a key component to grabbing people's attention, and retaining them as players. He also said that delivering 5- to 15-minute chunks of play is the goal.

Zynga is not abandoning Facebook for the moment, though. Tuesday's press conference yielded a few new game announcements: CastleVille, Hidden Chronicles, Zynga Casino, and Dream Zoo. Zynga said that CastleVille will be a "true manifestation of [its] social magic" and will feature "epic storytelling, highly detailed art, and animation."

The social game maker is also looking to capitalize on Facebook's HTML5 app platform with an initial reveal of five supported titles, including Words With Friends, FarmVille Express, Zynga Poker, Mafia Shakedown, and Dream Zoo. Support was also shown for Google's new social networking platform in the form of Mafia Wars II, which is now also available on Google Plus.

Zynga has not announced a time frame for the launch of Zynga Direct as of press time. 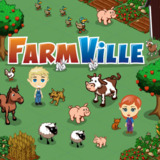