We've seen some pretty elaborate and over-the-top video game marketing stunts before, but this new one for Stone Age action game Far Cry Primal is one of the more extreme campaigns we've ever learned about. Ubisoft's "Night in a Cave" promotion is exactly what it sounds like: one person (along with a friend) will win the chance to stay in a 500€-per-night cave located somewhere in France (via Eurogamer).

Anyone in France, United Kingdom, Germany, Spain, Belgium, and The Netherlands can enter by sending a tweet to @FarCryPrimal, being sure to include #cavebnb in the message.

Submissions also need to include an explanation (in standard message, meme, or GIF form) for why they'd like to have the chance to sleep in a cave in the middle of winter. A winner will be chosen on the basis of originality, fun, and creativity.

Ubisoft will then fly the winner to the Pyrénées area (Ouzous) of France and set them up with a hotel in Lourdes. The next day, the person will receive professional "survival training" before their stay in the cave later that night.

You can see a promo for the contest above, while the full contest rules are available here. Again, this contest is only open to people in France, United Kingdom, Germany, Spain, Belgium, and The Netherlands.

Far Cry Primal is scheduled to launch on February 23 for PS4 and Xbox One. The PC edition will follow on March 1. 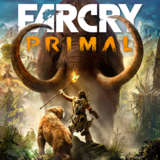