The second and final part of Hironobu Sakaguchi's new RPG has arrived on Apple Arcade.

The second and final part of Fantasian, the new JRPG by Final Fantasy creator Hironobu Sakaguchi, is now available. The JRPG arrives on Apple Arcade today, August 13, alongside the new puzzle game Wurdweb, with two more titles--Zen Pinball Party and Zookeeper World--on the way to the service in the near future.

Developed by Sakaguchi's studio Mistwalker, Fantasian is a classic-style JRPG that blends CGI characters with handmade dioramas. According to Sakaguchi, Part 2 wraps up the saga and features "a more quest-driven style of gameplay," offering approximately 40-60 hours of content.

"The release of Part 2 of Fantasian marks the completion of the saga. It ended up being, rather unexpectedly, about twice the volume of Part 1 and is more quest-driven, giving players the ability to progress through the world at their own pace," Sakaguchi said in a press release.

"On behalf of all the dev team members, diorama artisans and musical talent including Uematsu-san--I think we can safely say that we left nothing on the table. We have carefully sculpted the experience preserving the 'warmth' of the dioramas with every attention to detail. I encourage everyone to experience this mysterious 'emotional' energy, which is at the very heart of Fantasian."

The first part of Fantasian released on Apple Arcade back in April and was met with positive reviews. Since then, Sakaguchi has been sharing in-development shots of Part 2 on his Twitter. For more on Fantasian, be sure to read our interview with Sakaguchi.

Apple Arcade is a subscription service that's available on iPhone, iPad, Mac, and Apple TV. Subscriptions cost $5 per month and give you access to a library of nearly 200 games, with no ads or in-game purchases. 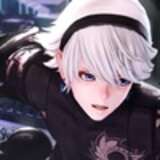