TOKYO--Nintendo revealed that it has shipped 2.7 million cumulative copies of Famicom Mini Game Boy Advance games during the past six months. Nintendo released its first lineup of Famicom Mini games (known as Classic NES Series in the US) in February. Although no additional games were planned at that time, Nintendo quickly changed its mind and launched 10 more in May.

Older gamers have made up the majority of customers purchasing the series for its nostalgia factor. However, the budget retail price of 2,000 yen ($18) has also helped attract younger generations of consumers to the games.

Nintendo released the third Famicom Mini lineup two days ago. Although the games were all ports from the Famicom's Disk System peripheral, often considered to be a niche device, retailers are already having trouble keeping up with orders. While Nintendo has previously stated that it has no immediate plans for any more Famicom Mini releases, given customer demand, it may not be long before another group of games is released. 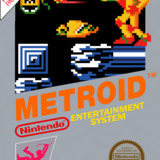