The resurgence of the fighting game genre is turning heads, but how accommodating are these games for newer players and how can developers make them more inviting?

Today, the fighting game genre is alight with a fire and passion not seen since the days of smoky arcades and battered Street Fighter II cabinets. Across the globe, tournaments are being held with hundreds of attendees and thousands of online viewers, celebrities are being forged, and dozens of podcasts or talk shows on the genre are in circulation. It's a good time to be a fan. But if this genre wants to continue growing, it must widen its scope and become more accommodating for newer players, which starts with training mode. 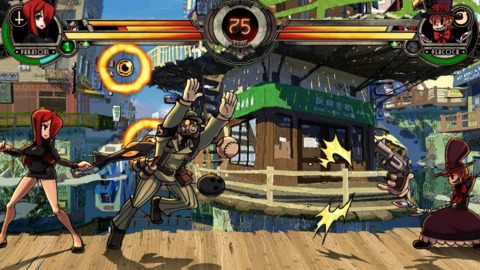 The developers behind Skullgirls have some interesting ideas for their training mode.

Online play offers one of the best ways to get better at fighting games. As the old saying goes, you're only as good as your competition, and this is no exception. It's also a battleground teeming with veterans ready to rub your face in their victory. Preparation is needed, which means visiting the training mode. However, for players new to fighting games, the available tools are entirely insufficient for the task. They only offer basic explanations without guidance or context. Knowing how to perform an attack isn't enough, which can be a disillusioning realization for a first-time online player.

Knowing how to perform an attack isn't enough, which can be a disillusioning realization for first-time online players.

Let's examine Super Street Fighter IV: Arcade Edition, which is arguably the current flagship game for the genre. Most characters have a series of trials that display how to perform some of their special moves, as well as basic to advanced combos. This is a good place to learn the basics of a new character, but the difficulty spikes once you hit the early combos. It all boils down to the timing. The simple act of correctly linking two crouching light punches can be tricky if you don't understand that this game demands precise execution. It assumes you do, and this is a poor assumption to make; one that can quickly lead to unnecessary confusion and frustration.

Tekken 6 does a better job of teaching combos by offering a demonstration video of each. These demonstrations clearly display the input timing to remove any ambiguity. However, without classifications for these attacks, players are left with an overwhelming list to decipher and memorize. In any other genre, your character would unlock these moves gradually so that you could spend some time with each and learn their properties. Here, it's sink or swim. Fighting fans are used to this, but moving forward, this unaccommodating design will quickly deter new recruits. 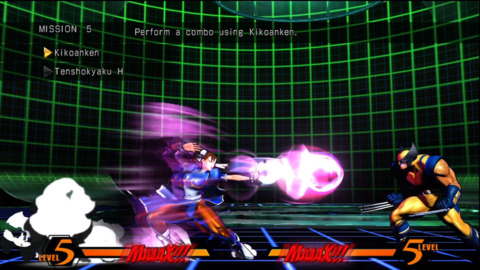 Darn it, UMVC3, why do you display the names of attacks rather than the inputs?

There are plenty of technical complaints that can be levied against current training modes and how they present information, but what these modes consistently fail to teach is why a move is important. Knowing and understanding are two very different things. These matches aren't just random assortments of fireballs and uppercuts; they're calculated, and each has its own unique ebb and flow. What are the properties of Ryu's hadoken, when should it be used, and what is its role in controlling space? There is an entire language unique to fighting games that is left completely untouched.

Fighting against an AI isn't the answer. AI can be challenging, but it cannot prepare you for the trickery and tactics employed by a human opponent. So far, players have been expected to throw themselves to the digital wolves and learn new tactics through constant defeat. But there are other, more effective methods of education. That much is obvious by the amount of content produced by the fighting game community aimed at improving players of all skill levels. Developers can learn a lot from the numerous resources they create.

Developers can learn a lot from the numerous resources created by the fighting game community.

Education will be especially important for Capcom's upcoming Street Fighter X Tekken. If you haven't seen it already, watch this trailer and see if you can follow all of the mechanics packed into the game. Gems, switch cancels, cross rushes, and more are a lot to keep up with, and to someone who isn't a fighting fanatic, it's going to appear impenetrable. The inclusion of an online training mode is a step in the right direction, whether you're working with a mentor or sparring with a friend. Including trials not only for characters but also for these new mechanics could be a great way to help acclimate players.

SoulCalibur V falls into similar straits by introducing a dedicated energy gauge for the first time in the history of the series. Much like the Tekken series, the SoulCalibur games have never been cluttered with meters and gauges. Instead, they focus entirely on the feel of the combat, with complexity layered into the characters rather than the overall mechanics. But SoulCalibur V feels like a new beast entirely. The changes therein could drastically alter the game's flow and should be introduced and explained to the player, not left unspoken for individual discovery. 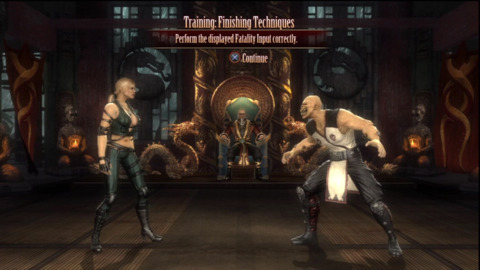 If the fighting genre wishes to continue its upward momentum, then developers must find better ways of preparing players for matches against human opponents. The current tools only serve those accustomed to the hitherto unspoken nuances of the genre. Closing the skill gap between newer players and series savants is rife with needless hardships that the average player will not endure. Some lessons can only be taught through failure, but that only applies if players are equipped to know why they lost. It's time to pull back the veil of the fighting genre and let everyone in on cross ups, zoning, and why it's a bad idea to constantly jump during a fight. Education is the key, and we only stand to gain from it.

Unbelievable! There is now a second part to this editorial, Failures in Training, Round 2. Check it out.