Facing Accusations Of Mismanagement, Project Phoenix Dev Opens Up About Kickstarter And Production 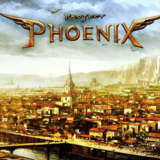 In 2013, the Kickstarter campaign for the strategy-RPG game Project Phoenix launched. Proposing to bring together talent that previously worked at Square-Enix and Blizzard, including Final Fantasy music composer Nobuo Uematsu, the ambitious project built up a great deal of anticipation from strategy fans looking for a new game that delivered large-scale combat, with a dark and mature storyline.

The crowdfunding campaign was a huge success for director and producer Hiroaki Yura, passing its modest $100,000 goal to reach a final tally of $1 million. Unfortunately, work on Project Phoenix stalled, resulting in fewer updates on the game and lack of communication for its nearly 16,000 backers. Eventually, the director formed a new studio called Area 35, bringing the stalled game with them to his new venture. In November 2017, former Area 35 developer Tariq Lacy publicly accused the studio of misappropriating funds from the Project Phoenix Kickstarter to work on Tiny Metal, a different strategy game. Area 35 has vehemently denied this accusation, however.

The developers from Area 35, including game director Hiroaki Yura, came to PSX 2017 to show off the latest build of Tiny Metal, which launches on December 21 for PS4, Steam, and Switch. During our talk, the subject of Project Phoenix came up, and the director was eager to clear the air on it.

"So we're still working on Project Phoenix, but basically until we finish [Tiny Metal] and produce good results with it, we can't get more funding from our investors," he said. "What we can say is that the allegations are untrue, but we've been warned by our lawyers that we can't talk s*** about other people. Even if it's untrue, [we can't] because we could be sued for libel or defamation."

During our meeting, Area 35 shared several documents with GameSpot showing contracts made with private investors and the planned budget for Project Phoenix, including all financials therein. Unfortunately, the developers are not at liberty to share these documents publicly, but their hope was that showing them with the press would offer some added perspective and transparency on the matter--which Yura wishes to provide in light of the recent accusations from Lacy.

"What we came to [an] agreement on was that [the investors] were going to throw some money to finish [Tiny Metal] off, and then if this succeeds, we will basically resume on Project Phoenix," Yura said. "That's how we finished off most of the work on [Tiny Metal], and then Sony approached us and we finished off with full voice-over, and other expenses that we couldn't even begin to afford. We were first introduced to Sony during the work on Project Phoenix, and though this is not official, verbally we agreed that if Tiny Metal does well, then we will probably work on Project Phoenix. So, what Tariq did to us was pretty bad. I mean we can't go ahead and show this kind of evidence because it's [under a non-disclosure agreement]. I mean, we can't show this to our backers; people are likely to always side with the employee. It's a bit messy for us."

Despite all that has happened with the Kickstarter campaign, Yura and the developers at Area 35 are still passionate about what Project Phoenix can become. The director went on to describe his passion for the MMO genre, and how that fueled his desire to put together the campaign for Kickstarter. Still, he admits that he was overwhelmed by the rush of attention that came to the game.

"This is going to sound a bit dirty, but I'm a World of Warcraft player," Yura said. "I worked with Blizzard during the launch of Wrath of the Lich King, and getting about 40 people together and doing raids was a tedious task--and actually getting people to follow the raid leader was annoying. What I thought might be fun is if you could control all your people, and yourself--and basically it's a single-player raid in an RTS mode. That's basically what Phoenix is all about. I've got lots of friends who've worked on the AAA side of the industry, and when I spoke to them about it, they wanted to do it. And then they all pointed to me to produce and direct it, because I'm bilingual. But the thing is, I've never delivered a game, but I've had backing from Uematsu-san, several key artists from Square-Enix who've worked on Final Fantasy, people from the Warcraft team--it was just sort of overwhelming."

The director also spoke about several key moments in the development of Project Phoenix that severely hampered its growth, which he claims were his biggest missteps throughout production.

"This biggest failure I've done is basically because I didn't see the dangers of production that I couldn't really anticipate. My programmer back then was a genius named David Clark, and he was also working on a game called Ori and the Blind Forest. Fortunately for David, Ori was a huge hit after its delays. But he couldn't leave Moon Studios--as they were already talking about a sequel. He's also my friend, and he was succeeding and I didn't want him to lose his momentum, so he couldn't make our game. So we were stuck programmer-less for a few months until our friends from A1 Studios in Germany--they do the models for Overwatch and Heroes of the Storm--told us they could lend us a programmer for a few months so we could at least finish prototyping it, which we did. And that's where we stopped. So we got all the assets for Act 1, all the characters, all the enemies, the environmental assets, and all the animation effects to do Act 1."

"But as you can understand, already being able to do that within a million dollars--also with Uematsu-san to write the music--was quite complicated. Obviously we put in a lot of money ourselves, and we have to keep money for the rewards and all that, but at that point I wasn't very happy with the look of the game. It wasn't A1's fault, but I think the visual design was too 'chibi,' like super-deformed. It looked too immature, and the content of the game was much more mature than that. So we were running out of budget, we were running out of time, so we announced our delay and we started planning for [Tiny Metal] to try and make money for Project Phoenix."

Yura is still confident that things will pick up for Project Phoenix after the launch of Tiny Metal. While there's still a sizable amount of work to be down on the Kickstarter game, the developers are pleased with how Tiny Metal turned out and plan to continue support on it for some time after its launch. Still, Yura is aware of the frustrations from his backers on Project Phoenix, and hopes that they can resume work on it soon.

"I mean I'll be very upset if something for Project Phoenix was used to make Tiny Metal," stated Yura. "Just one thing I want to say is that we're very proud of what we've done with such limited resources and manpower for Tiny Metal, and it was really hard. We want to do so much more, but we can't because of a lack of resources. Of course, Sony can't make something out of nothing. So we'll need to produce results before we can proceed. But I'd like to press upon the players that this isn't going to stop here. For Tiny Metal, we'll keep working on the game and improving upon it until we're satisfied. Not to the extent of busting the banks for it, but we know this isn't where we want to be for Project Phoenix, but this is the best we can do for now."

Canceled
You're Good to Go!

Destiny 2: How To Get Halo's Magnum Exotic, Forerunner, From The Magnum Opus Quest

Destiny 2: How To Get Halo's Battle Rifle And Other Anniversary Guns

Destiny 2 Gjallarhorn Guide - How To Get The Exotic Rocket Launcher

PS Plus Free Games For December Are Available Now