The studio is the fifth acquired by Facebook in two years.

Since its mammoth purchase of Oculus Rift in 2014, Facebook has continued to invest in gaming and VR-focused companies. Its latest acquisition is BigBox VR, the studio behind popular VR game Population: One, as reported by The Verge.

Sometimes compared to Fortnite, Population: One has translated the battle royale genre into VR, though Facebook has also praised the game's social elements in a blog post about the acquisition.

"POP: ONE stormed onto the VR scene just nine months ago and has consistently ranked as one the top-performing titles on the Oculus platform, bringing together up to 24 people at a time to connect, play, and compete in a virtual world," Facebook Reality Labs' Mike Verdu wrote. "While social is bringing players into POP: ONE, the quirky humor, continual updates, and pure fun of the environment keeps them coming back time and time again--we've even seen players scheduling time to meet in-game for a synchronous social experience."

While it's currently unclear what the acquisition will mean for Population: One, Verdu says that the team will be supported in continued updates and improvements for the game. "We're excited to help BigBox VR grow and accelerate their vision for POPULATION: ONE as a state-of-the-art VR social gaming experience, as well as pursue future projects, with access to the resources and support of Facebook and Oculus Studios," he said.

Population: One will continue to be available on both the Oculus Store and Steam. 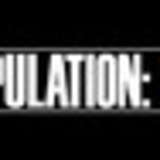