A closed beta tester has revealed the RPG's microtransaction costs.

Unlike past entries in the Fable series, Fable Legends is a free-to-play game that will be supported by microtransactions. Now, the apparent prices for those microtransactions have been revealed--and some people are not happy.

In a thread on Reddit (via NeoGAF) called "Here's one reason Fable Legends is going to suck," someone who was apparently in the closed beta (which is under an NDA) posted a screenshot from the "Bank of Brightlodge."

That's apparently the name of Fable Legends' in-game store, which will sell "Gold" in a number of different bundles and price points. According to the images, here's what you can buy:

Fable Legends remains in closed beta. It's possible these price points will change over time. Whatever the case, developer Lionhead Studios is already catching some heat on social media for these prices.

When it announced Fable Legends would be a free-to-play game earlier this year, Lionhead Studios stressed that you can play the entire game--the full storyline and all quests--without spending a penny. Additionally, everything "that affects gameplay" can be earned by playing the game.

Fable Legends will launch with four hero characters to play for free, available on a rotating basis. Progress achieved with any hero is saved, so that when the comes around again, you can pick up where you left off. If you want to have constant, permanent access to a specific hero, you can buy them using in-game currency you've collected from gameplay or by purchasing them with real money.

Product manager Ian Griffiths told GameSpot that Fable Legends' business model is inspired by games like League of Legends, Dota 2, and Team Fortress 2. You can read more about the game's free-to-play business model here and here.

Once scheduled to launch this year in open beta, Fable Legends has now been delayed to 2016. In announcing the game's delay, Lionhead admitted that it "didn't anticipate just how big Fable Legends" would become. As a result, development time has stretched further than what the company previously modeled.

"The team is working exceptionally hard and we're proud of how far the game has come," Lionhead said at the time. "We're operating our closed beta 24/7 and have added lots more features, quests, creatures, and heroes to play." 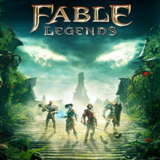