F1 2020 will travel to Vietnam and let players race along this iconic track on PC, PS4, Xbox One, and Stadia.

F1 2020 has unveiled a new track that has only recently been constructed in real life. The game will take players to Vietnam to compete on the Hanoi Street Circuit track for the first time. This route was completed in February 2020 and is expected to debut in the next F1 season (which is currently suspended due to the COVID-19 pandemic).

In the trailer below, you can see Scuderia Ferrari’s Charles Leclerc race around the digital track. It's 5.613km long (3.488 miles) and features 23 turns per lap, with a short pit lane and two long straights. The track is inspired by some other beloved F1 tracks, including Monaco and Nurburgring.

In the press release sent out alongside this trailer, F1 franchise game director Lee Mather said that the track "delivers both thrills and challenges, set against the backdrop of the stunning city skyline." He also warned that the track will "punish anyone who doesn’t respect the walled sections."

This is the second new circuit unveiled for the game--you can also check out the game's recreation of Circuit Zandvoort, a Netherlands track with a famously satisfying final corner.

F1 2020 releases for PS4, Xbox One, Stadia, and PC on July 10, and seems increasingly likely to release ahead of any races in the real-life F1 2020 season happens--if the F1 season happens at all this year. 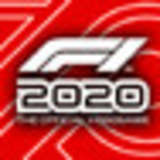