Codemasters has announced F1 2016, which will be released on PlayStation 4, Xbox One, and PC this summer.

Among the big new features are a career mode which will "take drivers deeper into the worlds most glamorous, exciting and prestigious motorsport, both on and off the track."

"The life-like recreation of the sport will be further enhanced by the addition of the sports iconic Safety Car and Virtual Safety Car, as well as the introduction of the challenging new street Baku, Azerbaijan," the studio said in a press release.

The career mode will allow players to "create their own legend" over a career that can span up to ten seasons. It will also feature a "rich car upgrade system" that is integrated into the new practice development programme."

"The career mode, together with the re-introduction of the Safety Car, the first inclusion of the Virtual Safety Car, and a number of other unannounced improvements means that F1 2016 will have more new features than any other year of the franchise," said principal game designer Lee Mather.

Hospitality areas will serve as the game hub for the player, and will be where research and development is conducted, and the player can work with their Player Agent to develop on track and off track progress.

"F1 2015 is an incredibly frustrating game, representing both a wonderful step forward and a massive stumble," said Danny O'Dwyer. "Serious technical issues, a dearth of game modes, and multiplayer which is functionally broken on the PC sour what is otherwise a wonderful driving game.

"If you can get F1 2015 to run without crashing on your PC, and you're satisfied playing Championship Mode, this is a marvelously fun driving game. But just like in Formula One racing, no matter how good your car feels around the track, it counts for nothing if you can't get it past the chequered flag. Reliability is key in racing, and right now F1 2015 on PC has too little of it." 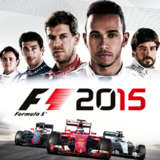