Rockstar sheds some light on what Max has been up to these past few years and why he's found himself in Brazil.

Like most high-profile sequels, the debut trailer for Max Payne 3 stirred up quite a strong reaction from fans of the series when it was released last week. While the trailer answered a number of questions about the titular antihero, it seemed to result in raising even more questions in the process. Why is Max in Brazil? Is the game moving away from noir storytelling? Why exactly does Max think shaving his head is a good look? To answer some of those questions, we recently spoke with Rockstar VP of product development Jeronimo Barrera. So have a look at the trailer below and read on for Barrera's answers.

GameSpot: Now that we've seen the Max Payne 3 trailer, it seems pretty clear that things have changed for Max after the events of Max Payne 2. Can you bridge that gap for us? How much time has elapsed between the two games? How did Max end up leaving the department, and law enforcement, entirely?

Jeronimo Barrera: Quite a few years have passed between the events of Max Payne 2 and Max Payne 3. While we're not going to get into too much detail just yet, Max has [spent] most of that time drinking and trying to forget what he's been through. Much like Max's own state of mind, we're going to keep things a little hazy for now. We can, though, say that we feel his career in law enforcement in America was rendered pretty much impossible by the events in Max Payne 2. We wanted to make a game that would please fans of the originals and be accessible to newcomers. As the games are so old now, plenty of people who would like Max were simply not gaming back in 2003 (and, yes, we are depressed by how old we are getting!). There are, of course, plenty of great shooters out there, but the game's combination of urban and criminal setting, the cinematic third-person action that is at the heart of the game, and the really amazing character that is Max are still a pretty unique proposition.

GS: The most noticeable change from previous games is simply the new setting. Tell us about how Max ended up in Brazil, of all places. The trailer makes it sound like he's a hired gun now. Who is it that Max is working for these days? What is his employer's line of work?

JB: Max came to Brazil as a foreigner hoping to gain work as a freelancer in executive security--a job that is often the last resort for former/disgraced cops. But, of course, in true Max Payne tradition, nothing is ever as simple as it seems.

Max finds his way to Brazil through an opportunity offered by Raul Passos, an old associate from his early days in the NYPD. Both he and Passos work as security for Rodrigo Branco and his family. Rodrigo is a real estate mogul, and his family is very connected to the political and social scene in Sao Paulo. Of course, Max has a lot of history in New York and a lot of bad memories he is hoping to leave behind. In Sao Paulo, Max encounters a city, which will feel both very alien--he does not even speak the language--and very familiar. It's massive, super modern with a massive contrast between rich and poor, big gang problems, political corruption, and huge buildings. Not that different from the New York he knew. 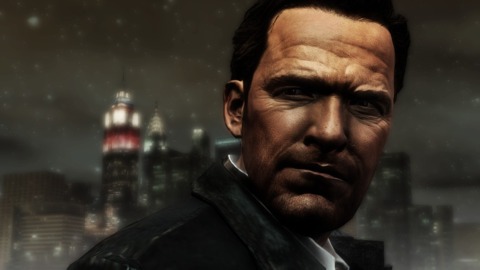 It would seem at least some of the game takes place in New York.

GS: The storytelling in previous games was very much rooted in neo-noir style and techniques. The trailer for Max Payne 3 suggests you might be moving in a different stylistic direction. Is that right?

JB: No, not at all right. The game is very true to the original games in terms of gameplay, aesthetics, and visual and narrative themes, although [it's] updated to take advantage of the past nine years of game development. For us, noir is not about a place (and if it were, that place would surely be Los Angeles, not New York) but about a particular visual style and a kind of story and characterization telling that has a certain hard-boiled cynicism, plenty of twists, and a sense of decay and depravity. Yes, it has moved from a wet or snowy corrupt vision of New York to a sometimes wet and equally corrupt vision of a booming modern-day Brazil, but I don't think they are otherwise that different.

The goal with the trailer was to set the scene for a new chapter in Max's story; one that would make sense both from a thematic point of view and from the point of view of Max's character arc. Staying true to each core element of Max was always a major focus, and that's actually something that we discussed with Remedy during development, and they've been extremely supportive of our work.

As we start showing more of the game, you'll see that we aren't moving away from those styles and techniques at all, and we've come up with what we think is an interesting interpretation of classic noir. Noir is about much more than location; it's a visual approach and a thematic style. It's also a huge part of what makes Max Payne unique.

Throughout development, we have always worked to maintain and evolve the elements that have made the Max Payne series so beloved and so groundbreaking. Through bullet time, Max Payne brought the gunplay of Hong Kong action movies into games in a way that had never been done before. This was in many ways more of a key element of Max even than its noir styling…its incredible movie-style action. And we have really worked hard to evolve this into something that feels incredibly visceral and fresh.

It wasn't just the gameplay that was unique and new: Max's iconic internal monologue and the use of graphic novel cutscenes were also signature elements of the game. All these things are present in some way or other in Max Payne 3, along with several other elements from the original games. Although all have evolved significantly since the last game, as it would be odd if they hadn't! What looked great in 2003 sometimes does not always look so perfect in 2011. Max was always about an incredibly rich cinematic style of both presentation and gameplay, and we tried hard to make sure it still feels very cutting edge. 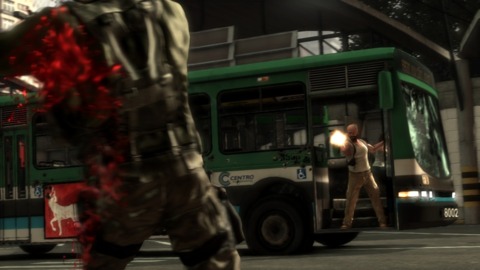 GS: The trailer makes Max Payne 3 look very different from the previous games, which focused on gritty, urban shoot-outs in and around New York City. The new game looks a lot more colorful and seems to have a lot more variety in environments. Max looks like he'll be doing more work outdoors and even some jungle operations. Can you tell us more about that?

JB: While we've revealed the setting as Sao Paulo, the game stays true to all the fundamentals of the first two games, from the noir themes and visuals to James McCaffrey's iconic voice-over and even a version of the graphic-novel-style panels. Sao Paulo is the largest city in the southern hemisphere and every bit as dark, grimy, and at times depressing as New York. And while the favelas may be the most recognizable part of the city, the game explores a lot more of the surrounds, from the luxury high-rises of downtown to the favelas and beyond.

And while Sao Paulo may be a more colorful place in the daytime, it's a very different story at night. The game will live up to the heritage of Max Payne; it's as dark and as twisted as ever. The only thing we changed was the story, which now takes place over a few weeks, and there are some levels set in the day. This was only because the story we wanted to tell could not realistically be told in a single night. There are, however, enough rain-sodden, pitch-dark nights in the game to satisfy the most ardent fan of dark and wet locations.

Sao Paulo is an intriguing backdrop for Max, as it's a city with a lot of unique juxtapositions. There's vast wealth living side by side with real poverty and whole communities that are protected by guerilla forces. Many people are caught between a rock and a hard place--trusting corrupt lawmakers and police or placing their safety in the hands of drug lords.

The darkness and chaos of the city and its problems resonate well with Max's own inner demons. Alongside some amazing locations in Brazil, Max will also find himself in some familiar locations, but we'll share more about that later this year. 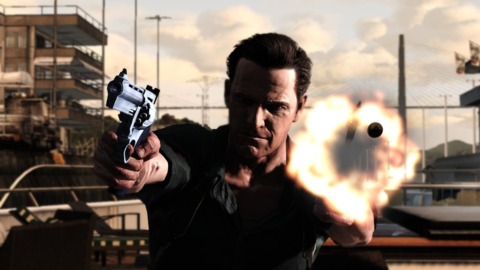 Rockstar promises bullet time will return in a way that "feels incredibly visceral and fresh."

GS: While the first images of Max Payne 3 showed the new Max as being bald (and led many of us to believe that he might be much, much older and losing his hair), the trailer clearly shows a different image. Why does Max shave his own head?

JB: While a few years have passed, Max is not too much older than he was in Max Payne 2, and the scene of Max shaving his head comes at a pivotal point in the story that in many ways echoes similar moments in the earlier games. At that point, Max is very much out of his depth. Max has always been described as a man on the edge, and he's often confronted by lose-lose situations that are beyond his control. In a moment of desperation, he decides that the best way to confront his enemies is to change his appearance. Whether his motives are rational--or borderline mental--is up for debate! In his own way, Max is probably the most tortured and put upon of all game heroes, and we really wanted to show the impact of all that suffering and angst on his hard-bitten but lonely personality and how that suffering has impacted his behavior.