Scimitar in one hand, whip in the other, ghouls in your way.

City of Brass is the latest project from Uppercut Games, a studio founded by a team of artists, designers, and programmers who worked on BioShock and BioShock 2. It's a first-person rogue-lite adventure game. You battle your way through an Arabian Nights-inspired city, finding treasure, collecting weapons and armor, and interacting with the environment and objects around you to try to stay alive.

City of Brass is taking some inspiration from the BioShock games, but will put players in a very different environment. Check out some gameplay above.

"We are drawing inspiration from BioShock in terms of the mechanics," Uppercut founder Ed Orman told GameSpot. "We're developing a combinative approach to the game systems, encouraging players to see how the systems interact with each other. In particular, the combo of whip and sword play into this, allowing the player to manipulate and then hurt enemies."

Additionally, the Genies you encounter are mostly friendly, and willing to barter gear, upgrades, secrets, unlocks or protections in return for loot, not unlike Rapture's vending machines and other devices," he added.

There's also a cinematic trailer out, which you can see below. Levels are proceedurally-generated, complete with traps and pitfalls. Uppercut Games says no two playthroughs will be the same. "You'll lash, slash, trick, trap through your enemies, and die often!" said Orman.

City of Brass will be released on PC this fall, with PlayStation 4 and Xbox One releases due out in 2018. 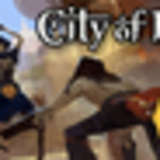