Get the first details on Raw Fury Games.

Former Battlefield producer Gordon Van Dyke, who worked on a range of titles in the series including Battlefield 2142 and the Bad Company franchise before leaving to join Paradox Interactive, has launched a new video game startup. Together with former Paradox Interactive vice president of mobile Jonas Antonsson, they have launched Raw Fury Games, what the two are calling the first "UnPublisher."

"We might say it's a new breed of publisher for boutique and indie games," the company said on its blog today. "But we might just as well call it an UnPublisher--because of how badly the publishing term--or what it traditionally stands for--fits with what we're doing."

"We're all former developers. We used to run studios, design games, produce them, and ship them. We've seen all the shizzle, when it comes to developing games and dealing with all the traditional models. We've tried it all on our own skin. Now it's our time to help fellow developers to achieve their best work and get it out there. Into the hands of people that truly appreciate what they've striven to create."

Raw Fury says it will allow developers themselves to "run the show" while the company offers support and assistance. "We are fans and cheerleaders," the company said.

You can read Raw Fury's full blog post here. Raw Fury is based on Stockholm, Sweden. 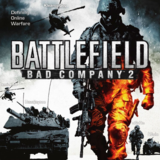