One of the issues that seems to plague horror-based asymmetrical games is balancing. This is evident at both a basic level--concerning the strength of survivors vs. a boss-like character--and progression. Evil Dead: The Game, though not without its faults, mitigates some of this by using multiple leveling systems.

Evil Dead: The Game’s different leveling systems aren’t revolutionary in scope. The difference comes in how each system is utilized. In this guide below, we explain how each of these systems work and how they’re used in conjunction with one another to keep things balanced.

Evil Dead’s main leveling system is progression-based, allowing characters to be upgraded using experience points earned during matches. Want to unlock the Army of Darkness Ash’s best perks? Play as him in matches and win or lose, you’ll eventually unlock all of his passive abilities.

To unlock these passives, you’d first have to gain enough XP to unlock skill points. Then from the main screen, head into the Collections menu and click on a given character. Once there, you’ll be able to place points into different skills. As you continue to level up and place points, more branches on the skill tree will open up. The same thing goes for the boss characters/Kandarian Demons. Continue to level up and eventually you'll unlock character specific passives.

Each survivor and demon start with a powerful ability and a connected passive. When you hit new milestones, you’ll unlock new passives that complement that character’s playstyle. For instance, Henry the Red starts with the Unstoppable skill that when activated, temporarily prevents him from being hurt. His starting passive is Shields Up, which grants him an additional shield bar at the start of a match. Once Henry hits level 10 though, he will unlock a new Rebound passive that reflects a percentage of incoming damage back onto enemies.

All of Evil Dead’s characters are upgraded in this manner. Survivors get new passives at level 10 and 25. For the Kandarian Demons it’s levels 15, 25, and 45.

This sort of leveling is typical of most asymmetrical, PvP games. The idea is to offer players an incentive to keep playing through unlockable features that could potentially improve their base level of play. Unfortunately, this set up also suffers balance issues. Players with more time to play will ultimately be stronger than those working with less; at a certain point, the difference in player “rank” will lean more on time and less on actual skill.

Matchmaking alleviates some of the sting associated with this problem. Evil Dead’s Spirit Points system (more on that later) fares a bit better in that regard.

Evil Dead’s individual characters aren’t the only ones leveling up. Your entire account also improves over time. The benefit of this, aside from potential matchmaking adjustments, seems to be more personal in nature. Meaning that it doesn't add new skills or abilities at a given milestone.

The Spirit Points system runs adjacent to the normal progression and account-based leveling. These points are awarded at the end of matches, the amount of which depending on your performance. Support the team, slay a ton of enemies, complete objectives--the more you do, the more points you’ll be given.

On the surface, they sound like experience points--and they are in a way. What makes them unique is that they don’t directly correlate with your chosen character. No matter who you choose to play as,you’ll gain Spirit Points based on your performance. These points are then banked to be used with any and all available characters, cutting down the time it takes to progress through their ranks.

Let’s say you enjoy playing as Pablo Bolivar. Due to his popularity--his amulet creation skill is clutch--other players may keep picking him before you can in the pre-game lobby. This would force you to play as another character, maybe one that you haven’t had a chance to level up yet. All you’d need to do is head back into the Collections menu. From there, check out the characters and see which one piques your interest. Head into their skills page and use your banked Spirit Points to level them up; it’ll take upwards of 5 thousand points, depending on the character and possibly their level, to unlock a skill point.

Essentially, Evil Dead: The Game uses Spirit Points to quicken the leveling process. You can use these points on your favorite characters or on the ones you use sparingly. Whatever the case, this system helps with progression-based balancing while also respecting our time as players.

Evil Dead’s last leveling system is tied to temporary upgrades that are gained during matches. They differ slightly between the survivors and demons but for the most part, act as a way to level the playing field. Or, in case of the demon player, overwhelm their opponents.

During a match, survivors are encouraged to find bottles of Pink F--an item that allows players to add points to different skills--by searching through supply crates scattered about the map. Each bottle will grant you a point to place in a given skill, increasing their effectiveness a few percentages at a time. Adding a point to stamina will increase how long you can run or how many dodges you can make before tiring. A few points in fear will make it harder for the demon player to scare you. Upgrade your melee skill to bolster attacks with your chainsaw--so on and so forth.

To add a point, press down on the D-pad (Tab on PC) to open the upgrade menu and pick which skill you want to upgrade. You’ll do the same when playing as a Kandarian Demon. You will need to do different things to level them up, however. As a demon player, you won’t need to search for items to level up. Instead, you’ll gradually gain experience as the match goes on while hastening the process by scaring, attacking, and possessing survivors.

The upgrades you unlock will differ as well. You’ll be able to boost the health of minions, lower the amount of energy it takes to summon them, increase your ability to detect survivors, and more. These upgrades are still percentage-based boosts but are more geared towards becoming a better killing machine.

Evil Dead: The Game’s different leveling systems incentivize continued play. When used together, they also help to mitigate some balancing issues. The Spirit Points allow players to upgrade lesser used characters while in-match improvements help to boost base stats; a character that’s at a lower level can still survive if they can find bottles of Pink F. Those hard to reach unlocks are passive in nature. No one is unlocking an overpowered ability by playing longer than everyone else. And the overall account leveling keeps longtime players feeling like their time spent in game isn’t wasted. They'll most likely be grouped with similarly seasoned players.

Now that you understand how these leveling systems work, feel free to check out our Evil Dead tips for beginners to improve your chances of surviving the night!

Note: In the original article we made a mistake concerning account progression. Its only function seems to be matchmaking (at least, as of right now). A character's passive abilities are actually unlocked by reaching level-based milestones. The article has been updated to reflect the correct information. 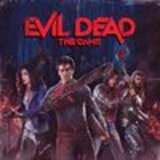