Everything We Know About Fade, The New Apex Legends Mobile Character

As the first legend to debut on Apex Legends Mobile, Fade has made a very unique entrance. Here's a closer look at the man behind the mask.

Fade is only playable on Apex Mobile, but that's not the only thing making him stand out from the crowd. In addition to being the first-ever legend to appear outside of the console/PC version of the game, he's also the first legend to debut with virtually no introduction. His silhouette briefly appeared in the launch trailer, but aside from that, players haven't gotten a good look at him until now.

Unlike the other playable characters in Apex, Fade is the only legend to debut without appearing in a launch trailer, an episode of Stories from the Outlands, or an introductory abilities trailer. He doesn't even have a bio on EA's official Apex Legends website. So who exactly is this guy? He does get a very short in-game bio, but uncovering the mystery behind Fade's history is up to the players themselves.

Born on Solace, 26-year-old Fade--real name Ignacio Huamani--is the son of two hunters of high-tech curiosities. His parents appear to have operated like Loba's family, in that their income came from reselling the high-value artifacts they found around the Outlands. Solace is one of the very last planets the IMC withdrew from after the Frontier War, so it's teeming with interesting archaeological finds to this day (as Loba herself discovered in Season 5's trailer).

Ignacio's family eventually tracked down the location of a mysterious bunker, which was home to a "simulacrum suit" with powerful Phase-tech. Moments after Ignacio tried on the suit for the first time, mercenaries stormed the bunker, attacking the family. Fade managed to survive by phasing to safety, but his parents weren't so lucky. He's joined the games seeking vengeance for his family's murder.

It's hard to ignore the visual similarities between Fade's simulacrum suit and Revenant's red, skeletal appearance. They also have similar personalities, each of them overtly rude and frustrated with his own existence. Fade fears the powerful Phase technology generated by his suit and "feels like a prisoner" in it, according to his bio. Revenant resents his lot in life (well, death) as well, feeling trapped in a simulacrum suit he can never take off. Given the fact that there was a giant simulacrum factory hidden beneath Skull Town before Loba blew it to bits, it's not much of a stretch to imagine Fade and Revenant may be connected in some way. Wraith also escaped from a secret underground lab on Solace, where she gained her Phasing abilities. As Respawn has confirmed that Apex Legends Mobile lore is indeed canon, Fade's presence in the Games is sure to pique the interest of Ash, Revenant, and Wraith.

But by far, the most unique thing about Fade is his history. His bio gives the overall gist, but it seems there's quite a bit more to be uncovered--and it's up to players to do the legwork. Taking part in the Unleash Punishment quest allows players to unlock Fade's six-part backstory. Fade himself can be unlocked for free using 10 Fade Pieces, a collectible currency unique to this season. Fade pieces can be found in the battle pass, but players who are interested in lore had better get a move on--the Unleash Punishment event only runs until May 27. 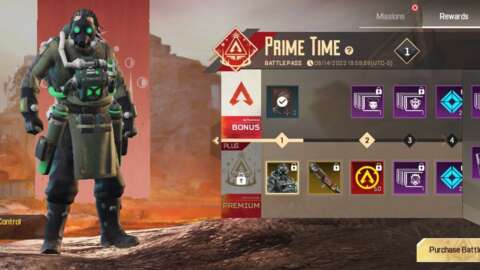 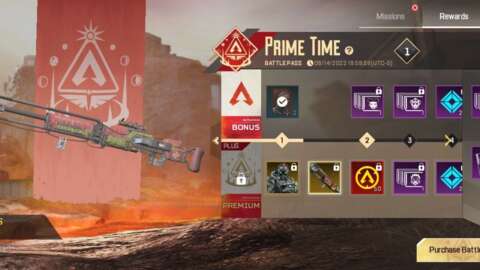 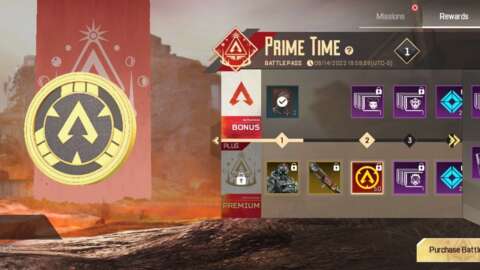