This year's Super Bowl matchup is set, and you can expect to see the latest Madden used to predict the winner before long. The Carolina Panthers are widely expected to top the Denver Broncos in Super Bowl 50, an outcome that even the 24-year-old Tecmo Super Bowl believes to be the case.

Using the Tecmo Super Bowl 2016 mod, which updates the game's rosters, tweaks passing accuracy, and more, fans of the game at TecmoBowl.org have simulated the upcoming Super Bowl (via Polygon). You can watch the replay in the video above, but needless to say the Panthers come out on top.

The scoring starts out with a 69-yard touchdown pass to Ted Ginn Jr. On the ensuing possession, CJ Anderson fumbles near the goal line, and the Panthers go into halftime with a 7-0 lead. After a Panthers field goal and a Broncos touchdown, the Broncos have a chance to win the game, only to allow one final touchdown, and the game ends 17-7.

While Panthers fans would no doubt find that outcome acceptable, hopefully the real game doesn't feature the abysmal offensive performance both teams put up here. Neither Cam Newton nor Peyton Manning tops a 45 percent completion percentage, and the two combined for 272 yards.

We don't have to wait long to see how this prediction stacks up against the real thing; the Super Bowl is set to take place in just under two weeks, on February 7. 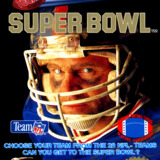