Nidhogg 2 seems like a perfect match for Switch, and it's actually happening.

The latest Nintendo broadcast, the Nindies Spring Showcase 2018, was fairly short--it lasted just over 10 minutes, but it was packed with news on more than a dozen games coming to Switch. Not long after it concluded, Nintendo held a Nindies event for press where it revealed several more acclaimed games that are coming to the system.

Three more game ports have been revealed. First up is Nidhogg 2, the competitive action game where you and one opponent (AI or human) square off in a swordfighting duel to reach the opposite edge of the screen. Developer Mark Essen subsequently confirmed the news on Twitter, saying it's due out on Switch in North America and Europe sometime in 2018.

Now Playing: GS News Update: A Bunch Of New Nintendo Switch Game Remasters And Ports Are On The Way

Next up is Hyper Light Drifter. The stylish action RPG comes to Switch this summer. (The game will also have a crossover shirt in Travis Strikes Again: No More Heroes.) Finally, rounding out the list is Crashlands, an RPG where you're stranded on an alien planet and have to build a base, tame creatures, and fight off enemies to survive. A release date for it has not yet been shared.

It's unclear why none of these were announced during the stream, which was used to reveal some other remasters and ports. Regardless, the bottom line is this: There are a ridiculous number of Switch games coming, with even more likely on the way, as Nintendo claimed that the number of developers working on Switch content has quadrupled since last year.

For a complete recap, check out all of the games announced during the Nindies Showcase and all the trailers we saw today. 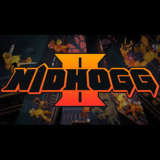