Europa Universalis IV and the Border Between Complex and Complicated

EUIV project lead Thomas Johansson explains how this strategy series avoids buckling under the weight of its own ambitions. 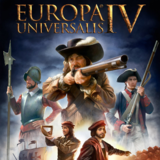 In the world of Europa Universalis, players are often faced with challenging questions. How much can I raise taxes before my citizens revolt? Which of my vassals is most likely to stage a rebellion? What in the hell is a Latin Cuirassier? It's questions like these that drive Paradox Development Studio's historical strategy series, in which players are given a broad range of tools to expand their global empire and an equally broad assortment of political responsibilities to manage along the way

On the surface, the Europa Universalis games bear a strong resemblance to Civilization, that king of the historical strategy genre. But whereas a typical Civilization game can stretch from the creation of the wheel to the advancement of nanotechnology, Europa Universalis is all about digging deep into one specific era in history: the Age of Discovery. As a result, Europa Universalis games tend to be a little, shall we say, complex. It's a series that speaks in terms like cassus belli and papal curia, featuring a map crammed full of long-forgotten nations where every last political maneuver is an opportunity to broker a deal that might someday come back to haunt you.

So with Europa Universalis IV on the horizon, we got to wondering: how exactly does a developer take a series this complex and add more features to it without having the whole thing collapse under its own weight? There is, after all, a fine line between a game that's deep and one that's bloated. To find out, we caught up with EUIV project lead Thomas Johansson to answer a few of our questions.

"As you can imagine, this is something we consider a lot at Paradox Development Studio since we create grand strategy games," says Johansson. "With Europa Universalis IV, we decided early on that this was not going to be a radical new game. Instead, we decided to focus on enhancing and polishing what we thought was immensely fun to play in previous games. We wanted to remove or rework features that did not work quite as intended, and make new features like monarch points and the trade system really infiltrate every single aspect of the game."

These new features, monarch points and trade, make for an interesting side-by-side comparison of the different sources of inspiration Paradox looks to for new gameplay systems. The trade system is classic Europa Universalis: a way to dig even deeper into the nuts and bolts of empire-building by manipulating global trade networks. It allows players to send merchants across oceans and seas to do your bidding, exploiting the subtle contours of international geography for economic gain.

How does a developer take a series this complex and add more features to it without having the whole thing collapse under its own weight?

But you can trace the origin of monarch points to another game in the Paradox catalog: Crusader Kings II. Where Europa Universalis focuses on nations, Crusader Kings focuses on people. Each ruler in that series has his or her own laundry list of strengths (a brilliant military strategist with a gift for poetry, for example) and weaknesses (a clubfooted dwarf with a case of the measles, let's say), and it's how you deal with those traits that determines the rise and fall of your empire.

The monarch points system in Europa Universalis borrows slightly from Crusader Kings by giving each head of state an assortment of innate leadership skills in areas such as diplomacy and militarism. Depending on how great your skill is in a certain area, you'll have more monarch points added to a given pool at the end of each month. It's those pools that you dip into when pursuing actions such as stabilizing cities and researching new technologies. When that head of state dies, another comes along with his or her own unique skillset.

"Monarch points started off with the realization that the way you got income and invested in technology was overcomplicated in the previous game," says Johansson. "But once we replaced all the gradual stuff with a monthly income, we found there was a big hole in the game that needed to be replaced. The solution came through inspiration from Crusader Kings II and how that game managed to create a perfectly natural ebb and flow when your character died and was replaced by a new one with different strengths and weaknesses."

Using this character-driven system in Europa Universalis made sense for Paradox because it already proved successful in Crusader Kings II. Beyond that, it also managed to humanize the grand strategy genre in a way that previous EU games were never quite able to do.

"I think what Crusader Kings II managed to do was reach a lot of gamers outside of the usual strategy fans and make them realize they can create their own stories in a grand strategy game," Johansson says. "People were taken by the dramatic events, the intrigue, and the romances. It's the same with all our grand strategy games, but it became so much clearer with the character-driven Crusader Kings II."

But what about a new feature like trade networks? Without the luxury of having that feature beta-tested in a previous game, how does the studio decide whether it can work? The answer, according to Johansson, lies in the distinction between "complex" and "complicated."

"We want complex, but not complicated," says Johansson. "A complex feature has a lot of factors that influence it, and you will discover that when you thought you mastered it, there is a sudden a shift in dynamics that forces you to reevaluate your strategy. Complex features are what make games fun in the long run."

I think Crusader Kings II reached a lot of gamers outside of the usual strategy fans and made them realize they can create their own stories.

How does that definition apply to trade routes in EUIV? "The trade route system is complex in the sense that it ties into all the other parts of the game like diplomacy, war, colonization and developing your nation peacefully," Johansson says. "To use this system, however, the tools are fairly simple. Collect and steer your goods, compete with others, and build up the trade network."

"Complicated features, however, are features that are hard to do anything with. You have to figure out all the mechanics to do anything at all, and the interface doesn't let you know what you are doing wrong."

In other words, a complicated feature is an overwhelming feature. That's what Johansson and his team are trying to avoid.

"Personally I've always been of the opinion that our games tend to feel more complicated than they actually are," Johansson says. "As a gamer you don't need to know everything to be able to play and enjoy the games."

"I think one of the strengths of the Civilization series of games is that it is a very easy ride to start the game--it is initially limited in what you can do, and you have the time to learn the features one at a time. When you play the Europa Universalis series, you begin in the middle of history and you immediately have all these tools and choices at your disposal--but you don't have to learn them all at once. Our games are sandboxes; it's up to you as a player to set your own goals and choose your own destiny."

Convincing players to take things one step at a time is something that Johansson and his team have spent a lot of time doing. "The tutorial will not cover everything in the game, because that is one mistake we have made--to try and explain everything and give the player a massive brain freeze," says Johansson. "So instead we tried to use the tutorial to explain the basic tools you need to play. After that, the hint system will be your little guardian when playing. We are still learning, we are doing playtesting much more and trying to view our games with new eyes."

But just as Johansson encourages players to take things one step at a time, he also realizes that his team could benefit from that same type of approach. "We had ideas about an even deeper religion system and an even deeper modeling of different government types, but we felt that we can’t dig down in all directions at once," he says. "Our goal was to make it more accessible without dumbing it down or compromising on the gameplay that we love."

"Complexity has always been Paradox Development Studio's strength," Johansson says. "Now we are stepping up our game to get better at the not-too-complicated part."

Elden Ring Has Gone Gold, Will Take Around 30 Hours To Beat

Dead By Daylight Is Getting A New Saw Crossover This Week

WWE 2K22 Adds The Almighty Bobby Lashley To Its Roster