Japanese Wii VC games get rated for the US, while Super Ghouls 'N Ghosts pops up on all the new consoles.

So far, only about half of those games have found their way to release, but the ESRB site continues to hint at future releases in the form of ratings for unannounced games. The ESRB has recently rated Wii editions of older games Galaga, Mighty Bomb Jack, and Romance of the Three Kingdoms IV: Wall of Fire, none of which have been confirmed for a US release yet. As yet unreleased TurboGrafx-16 Virtual Console offerings New Adventure Island and Chew Man-Fu are also in the ESRB database, and Hudson has confirmed both games are scheduled for a US release this month.

In addition, the site has a listing for Super Ghouls 'n Ghosts on the Wii, Xbox 360, and PlayStation 3, introducing the possibility that Capcom's Super Nintendo side-scroller could be the first downloadable game to land on all three platforms. A Capcom representative told GameSpot that the Wii edition has been announced for release on the Japanese Virtual Console, but there has been no announcement about PS3 or Xbox 360 versions of the game.

The ESRB database also includes ratings for a few retro collections. EA Replay 2 on the PlayStation Portable--which hasn't been confirmed by the publisher but was spotted at online retailers earlier this year--received a T for Teen, with content descriptors for blood and violence. Meanwhile, the site also lists domestic ratings for Empire Interactive's Euro offerings Taito Legends 2 for PC, PlayStation 2, and Xbox, as well as Taito Legends Power-Up for the PSP.

Finally, the site lists a rating for the Lumines Live Artist Pack: Madonna "Sorry" (originally seen in action at last year's E3). While this isn't the first bit of downloadable console content to receive a rating from the ESRB (The Knights of the Nine expansion for The Elder Scrolls IV: Oblivion was rated), it appears to be the first time the additional content has received a different rating than the product for which it is intended. Lumines Live received a rating of E for Everyone, while the Madonna artist pack has been tagged as E10+ for Everyone 10 and Older. There are no listings for Lumines Live's previous downloadable content packs. 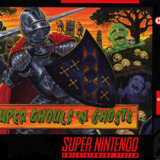