The ESA is reprising the endeavor this year with the help of Microsoft. The 2007 ESA Charity Pack will include a trio of original Xbox games and sell for $29.99 at retailers throughout the US. The pack includes Disney's Cars, Open Season, and Fuzion Frenzy, all of which can be played using the Xbox 360's backward compatibility. The pack is expected to generate $2 million in proceeds, which will be donated to the trade group's charitable arm, the ESA Foundation.

[UPDATE]: Judging by the package art for this year's ESA Charity Pack and the retailer product listings, the ESA Foundation's announcement contained multiple errors. The charity pack actually contains the Xbox 360 editions of Cars and Open Season, as well as Fuzion Frenzy 2, the Xbox 360 sequel to the original Xbox launch title Fuzion Frenzy. 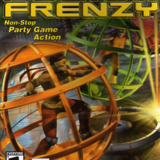