This strategy and role-playing game will challenge you to solve a mystery while working alongside the cast of the ER TV show.

Legacy Interactive recently announced that it is working on a strategy and role-playing game based on the TV show ER, which attracts more than 24 million weekly viewers on NBC and is licensed in more than 30 countries worldwide. In the game, you'll assume the role of a newly hired intern at Chicago's County General Hospital and will be required to carry out her day-to-day duties as you interact with all of the popular characters from the TV show. Many of the characters will feature both the voices and 3D likenesses of the actors who play them in the show.

After creating your character, you'll start work at the hospital by dealing with patients with only minor scrapes and bruises. As you progress through the game, though, your missions will involve the treatment of more serious disorders, such as patients who have been involved in road traffic accidents or have been victims of gang violence. You'll be able to train your character in six different fields of medicine as you work your way through the game's mission-based storylines, although it's not yet clear how the character development will be implemented.

While much of the gameplay in ER will be mission-based, there will also be a number of themes that are ongoing throughout the game. Hospital politics, ethical dilemmas, steamy romances, and even a mystery that needs to be solved will ensure that you're kept busy at all times as you attempt to impress your peers and supervisors and ascend the ranks of County General.

No release date has been announced for ER at the time of writing. We'll bring you more information on the game as soon as it becomes available. 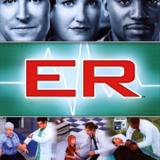