System 3 prepping updates to California Games and Impossible Mission first, with more planned in the future; Last Ninja trilogy also on the way.

Those words, creepily emulated by a Commodore 64 running the game Impossible Mission, are a nostalgic touchstone for many a gamer. And the goosebumps those words might create are almost as readily replicated by the name of that game's publisher: Epyx. Those goosebumps might become a recurring problem soon, because System 3 (the development house that changed its name to Studio 3 and then back to System 3) is bringing back the Epyx name, as well as the Epyx games.

System 3 founder Mark Kale told GameSpot today that the company has secured the rights to the Epyx Games library and is looking to revamp it for today's systems. The first two projects on the company's slate are Impossible Mission and California Games.

This coming January, System 3 will release Impossible Mission for the PlayStation Portable and Nintendo DS, with California Games arriving on both those systems in May. While the games will be remakes of the original titles, Kale promises that they won't be 3D.

Epyx games aren't the only retro titles under development at System 3. The company is also prepping a remake/compilation of its Last Ninja trilogy of Commodore 64 games for release on the PSP and DS in April of next year. Kale said he will preserve the isometric viewpoint of the game but will add more screens.

Kale described the games as "ideally suited" for handhelds, but that doesn't mean TV-tethered gamers are out of luck. Kale said California Games and Impossible Mission will also become available on the Wii roughly three weeks after the DS and PSP editions of the games hit shelves.

"The way the controllers work and the whole idea of it actually works a lot better than if it's on the PS3 or 360," Kale said, noting that System 3 will be big supporters of Nintendo's upcoming system.

More details about the games are expected to be released by the end of the Leipzig Games Conference, but Kale did drop a few tidbits about the titles. It seems California Games will be a combo game. Kale said it will have unlockable features including fellow Epyx titles Winter Games and Summer Games.

As for Impossible Mission, Kale did confirm that the infamous computerized invitation to "Stay forever!" is already included in the game, and System 3 is even using the original animation for the main character. However, players will be traversing updated backgrounds and will be able to choose from newly created main characters as well, including a female agent and an android.

While emulated versions of the original Impossible Mission and California Games aren't currently planned to be included in either remake, Kale said the team would examine the possibility, "time permitting."

As for how System 3 will make use of the Epyx brand beyond its initial wave of titles, don't expect a cheaply emulated compilation of games anytime soon. Kale said he doesn't think that's the right approach to take with old games, so the studio will likely continue to single out the publisher's highlights and give them remakes that preserve the gameplay. 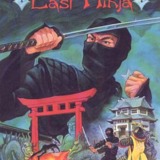