Users caught cheating on UT 2004 online servers to have their CD-keys banned indefinitely.

Online cheating has become a constant nuisance for gamers over the last few years, with many high profile titles suffering at the hands of less-than-honest players finding ways to exploit their favorite games. For the release of Atari and Epic Games' Unreal Tournament 2004, the game itself was supposed to come complete with all manner of different cheat blockers. Despite this fact, cheaters have been popping up on the servers. However, at the very least, it seems cheaters within UT 2004's servers won't be able to get away with it for very long.

In a post on Atari's forums, an Epic Games programmer made it known that anyone caught cheating online in UT 2004 would be permanently banned from the game. Specifically, the CD-key of the user would be blocked, thus preventing the cheater's registered copy from authenticating via the server, and ultimately locking them out. Of course, the best way to prove a point is by example, and in the post, the programmer mentioned a specific user who had been banned for cheating in the game. That user went on to reply in the thread, confirming he had been banned, and even posting a screenshot of the screen displayed when he attempted to log onto the UT 2004 servers. 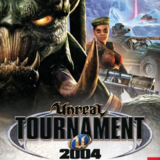