Junction Point's Warren Spector says before original Mickey Mouse game shipped in 2010 he had a four-game story arc in mind for the series.

Disney's Epic Mickey franchise may see at least four iterations, according to comments from Junction Point founder Warren Spector. In an interview with MCV, the designer explained that before the first Epic Mickey title was out the door in 2010, he had plans for the series' story to span four games.

On top of this, he said he had at least three new cycles of "innovation" to introduce to the series, the newest of which is two-player co-op that will be featured in the upcoming Epic Mickey 2: The Power of Two. Spector said he knew he wanted to introduce cooperative gameplay to the series even before he began initial production on the original Wii-exclusive Epic Mickey.

Spector also took time during the interview to speak to the polarizing critical reaction to the original Epic Mickey. He said once Junction Point shipped the title, it was no longer his or the publisher's, but rather gamers'. Spector said he could not accuse players of misunderstanding the title because "the gamer is always right."

"People got it just fine, but to be honest, nobody is going to say 'No, I don't want everybody to love my game,'" Spector said. "Of course you want people to love your game, but if you can't have that I would much rather polarize people and have people love it or hate it, than feel it was just all right."

Spector went on to reveal that Junction Point received more fan mail for Epic Mickey than any other title he had worked on in 29 years combined. For more on the Epic Mickey franchise, check out GameSpot's review of the original and preview of the upcoming game Power of Two. 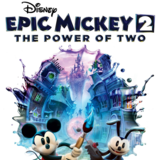