Ensemble dev speaks out on closure

Earlier this month, Microsoft announced plans to shutter Halo Wars developer Ensemble Studios after the Xbox 360 real-time strategy game ships early next year. The news came as a surprise to gamers, considering the consistent success of Ensemble's Age of Empires franchise and the high-profile project it is currently working on. The news also surprised the Ensemble developers themselves, according to Age of Empires creator Bruce Shelley's blog on the Ensemble Studios Web site.

"Everyone at our studio was shocked, and I think remains very disappointed that this is going to happen," Shelley said. "I believe we thought we were immune to shut-down talk because our published games have done so well and have been so profitable. Plus we felt we had built a really stable (low-turnover), talented, hard-working, and creative team, which is not easy to do. We thought we were among the best studios in the world, and that may be true, but we don't fit in the future plans of MGS as an internal studio so we're out."

As for why Microsoft decided to close the studio, Shelley passed along what he'd been told by the Xbox 360 maker.

"The decision, as I understand it, was based on several major factors," Shelley said. "First, they want to divert the headcount tied up in [Ensemble] and the costs that are expected to be required to run [Ensemble] for the next few years into other projects. Second, it sounded like it cost more to run [Ensemble] on a per-person basis than other first-party studios (Rare, Lionhead, Forza, Flight Sim), putting us at a disadvantage. (Plus they avoid the expense of a new office that we were planning.) And third, games those studios are expected to deliver in the next few years are expected to be more strategic and profitable to the company than anything we would be finishing after Halo Wars."

When the news was broken to the team, Shelley said Ensemble stopped all development on non-Halo Wars projects and moved employees over to work on the sci-fi RTS game. Shelley stressed that nobody has been laid off yet, and cuts aren't expected to come before the studio finishes Halo Wars. Although the game isn't scheduled to be released until early next year, Shelley said that the studio hopes to have development finished by the end of this year.

Softening the blow of the closure somewhat was news that the studio's "leadership team" would strike out on its own with an independent studio that would provide postlaunch support for Halo Wars "as well as work on other projects with Microsoft Game Studios." However, Shelley won't be going along. The developer said that he didn't expect to be part of the operation, although he did say he believes "the spirit and mission of [Ensemble] will be carried forward in this new company if enough of the key leaders agree to take part, which I expect to happen."

The new studio will be run by current Ensemble head and founder Tony Goodman, according to Shelley. 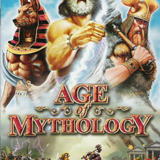