Additional realms on the way.

Demand has been so strong for WildStar since its switch to a free-to-play model that the MMO's servers have struggled to keep up. As a result, developer Carbine Studios is adding additional realms that should help to reduce the issues players have been encountering.

"Since we launched earlier this week, a huge number of new and returning players have experienced the game," Carbine wrote on its website. "We understand that, for some, the experience hasn't been what it should be. Frankly, our megaservers are not handling the load they should. This means our server capacity isn't keeping up with demand. We are working very hard to fix this and making improvements every hour."

Among the problems players have encountered this week are long queue times when logging in, lag, and trouble creating characters. Carbine told GameSpot just prior to launch that it expected things to smoothly.

The developer now says it's "made progress" but hopes to alleviate these issues even further by opening four new realms in the United States and Europe. "Adding these realms will significantly increase the amount of players who can get into WildStar," Carbine stated." We believe that this will address the issues above, dramatically improving the game experience, reducing lag, and improving queues."

This may not sound like an ideal solution, as separate servers could prevents friends from playing together. But these new realms are only a temporary measure--once the issues have been ironed out, they'll be merged back together. In the meantime, these "sister servers" will allow for free character transfers between them (you'd ordinarily have to pay to do this). However, at the moment, transfers are currently unavailable, though Carbine said on Twitter that it'll "attempt to re-enable them later today."

One potential problem that could crop up with that eventual merger is what happens with duplicate names. On the game's forums, a Carbine staffer explained that names will need to be unique across all of the new servers. This will prevent one player or another from losing their name when the servers are merged.

WildStar originally launched as a subscription-based game last year. Less than a year later, Carbine announced it would be following the same path as seemingly every other non-WoW MMO in adopting a free-to-play model. This change went into effect as part of a big update on September 29, when the game was rebranded WildStar: Reloaded. 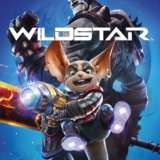