Publisher in talks to sell off or close Ford Racing developer as part of restructuring plans to reduce workforce by 30 percent.

Last month, reports circulated that Empire Interactive was shutting down Ford Racing development studio Razorworks. Empire suggested at the time that it was looking to sell the studio, but stressed that there were no other changes being made at the publisher.

That last part wasn't entirely true, as Empire parent company Silverstar Holdings this week announced that the sale or disposition of Razorworks is just one part of a restructuring effort at the publisher that includes reorganizing the management team and relocating headquarters to the London suburb of Muswell Hill.

Silverstar wants to reduce headcount at Empire by 30 percent, with most of that goal achieved by unloading the developers and physical assets of Razorworks one way or the other. The company has said that getting rid of Razorworks won't require selling its intellectual property or impacting current titles in development.

"The company is currently in negotiations with potential acquirers and looks to complete the transaction in the coming weeks," according to Silverstar. "The total head count reduction is expected to deliver cash flow savings of approximately $3 million per year."

Razorworks has been working on Pipe Mania and Ford Racing Off Road. The developer has previously worked on a variety of titles, including the Xbox Live Arcade editions of Speedball 2: Brutal Deluxe and Double Dragon, as well as the Taito Legends compilations. The studio was originally acquired by Empire in 2000. 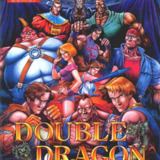