Music giant says Terminal Reality and 4mm Games failed to obtain rights for 54 songs and sounds that were included in 2010 karaoke game.

Def Jam Rapstar may be harboring unlicensed songs. Music giant EMI is suing Def Jam Rapstar developers Terminal Reality and 4mm Games for at least $8 million for failing to obtain the rights to many of its songs, according to New York federal court documents obtained by the Hollywood Reporter.

EMI is proceeding against the developers over 54 songs and sounds it says were infringed upon. The music label is demanding damages of $150,000 per work, for a total of over $8 million. On top of this, EMI is seeking an unspecified share of Def Jam Rapstar's net profits.

The fractional values are a result of the songs having multiple contributors and underlying samples, according to the report.

The music label also said some of the sound recordings it owns were infringed upon by Def Jam Rapstar, including Daft Punk's "Harder Better Faster Stronger." The beat in this song was used by Kanye West--who is signed to an EMI label--in his popular song "Power." 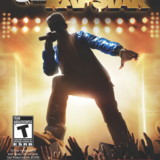