The Swedish business group is ending 2021 with one more big purchase.

Embracer Group's buying spree continued this week, as the Swedish company added Perfect World Entertainment to its portfolio. Under the $125 million deal--which was paid to China's Perfect world through $60 million in cash and $65 million in B shares of Embracer stock--Embracer acquired Perfect World Publishing and Cryptic Studios, two California studios, and a quality assurance and localization office in Amsterdam.

Cryptic Studios was founded in 2000 and established itself as an operator of MMO games such as Neverwinter and Star Trek Online, and will become a part of the Gearbox Software division. As for Perfect World Entertainment, the company will continue to function independently. Founded in 2008, PWE has published video games based on well-known entertainment franchises such as Star Trek and Dungeons & Dragons, and has a product portfolio that also includes the Torchlight series.

"It's an honor for us to welcome this talented group of individuals into the Gearbox Entertainment family," Gearbox Entertainment CEO Randy Pitchford said in a press statement. "Gearbox will invest into the future of Cryptic as an independent, dynamic studio that is passionate about MMOs. That commitment is paired with an exciting new partnership that will emerge as the talented Perfect World publishing team and their promising lineup of future games will become supported and bolstered by the capability and strength of the Gearbox Publishing team."

Embracer Group has recently dropped some big money on new acquisitions that continue to diversify its portfolio. Gearbox Software was purchased by the group for $1.3 billion in February, several smaller studios were bought for $313 million in August, tabletop giant Asmodee was bought for an eye-watering $3.1 billion, and Dark Horse Entertainment joined the group for an undisclosed sum of cash. 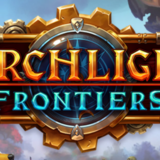