The 4X strategy game The Battle of Polytopia is now up to 13 million downloads after more endorsements from the billionaire.

The game, which is available on Steam, iOS, and Google Play, has crossed 13 million downloads. It has an "overwhelmingly positive" review score on Steam.

"Featuring 4X gameplay, auto-generated maps, single-player functionality and online multiplayer for up to 15 players on PC and Mac, the title allows fans to command a global conquest as the leader of one of 16 unique Polytopian tribes," reads a line from its description.

Polytopia continues to grow as well, as the Cymanti Tribe expansion pack is out now on all platforms, introducing new ways to attack your enemies--with bugs and poison spores.

In addition to PC and mobile devices, Polytopia can be played in Musk's Tesla electric vehicles, though doing so while driving is not recommended. The newest Tesla vehicles can also play Cyberpunk 2077 and The Witcher 3 if you're looking for something else. 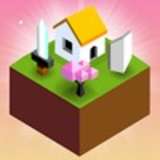 View Comments (0)
The Battle of Polytopia