Eight 3DS Games Nintendo Needs to Bring to the West

Nintendo wants to bring more Japanese third-party games over to North America, but what could it have in mind?

During a recent financial results briefing by Nintendo, company President Satoru Iwata pledged Nintendo's dedication to bring more Japanese third-party 3DS games to North America and Europe, and there are, in fact, a handful of exclusives deserving of attention. We've compiled a list of eight games that are currently being held captive by the usual suspects: sales numbers, cultural differences, manpower, and budgets. You might imagine that a few of these games could be localized without Nintendo's assistance, but since none of them have been officially announced, Iwata's statement can be seen as a glimmer of hope for hungry 3DS owners. We may be getting a translated version of Project X Zone, but not everyone is as crazy…er, intelligent, as Namco Bandai.

This attractive role-playing game was released in Japan on October 11, 2012. It was the best-selling game during its initial week of availability, topping out at 140,000 copies sold. That figure has since doubled, and Bravely Default is considered a hit by Square Enix's standards, prompting the series' continuation in the PC game currently under development, Bravely Default: Praying Brage. 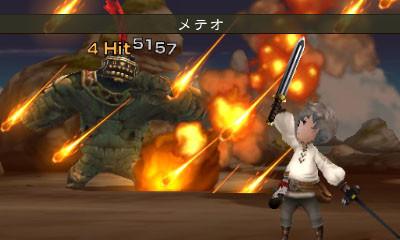 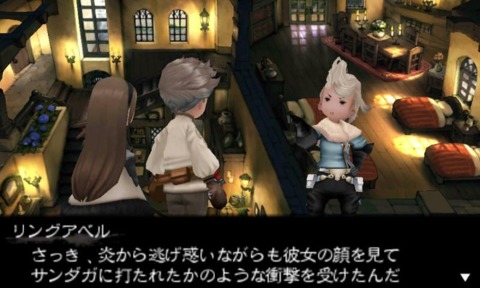 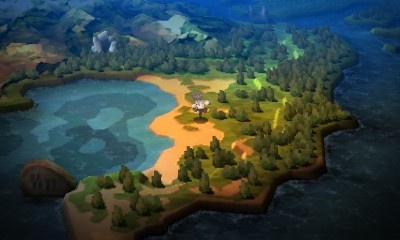 With a deep job system, a wealth of social features, and the art of Akihiko Yoshida (Vagrant Story, Final Fantasy Tactics, Final Fantasy XII) behind it, Bravely Default has a lot to offer to fans of RPGs, particularly those with a soft spot for Yoshida's past works. There's an outspoken group of journalists and RPG fans knocking on Square Enix's door, but the company either doesn't hear us, or doesn't want to. Apart from the number of voice-overs in the game, it's not clear why Square Enix wouldn't jump at the chance to localize Bravely Default for Westerners. Theoretically, it could scrap the voice-overs and rely on text, and I bet plenty of people would feel perfectly content. Kick Square Enix's butt into gear, Iwata!

With both series garnering favorable reactions in the West, it's surprising that Capcom hasn't announced an English localization of this potential hit. Professor Layton and Ace Attorney games may not play alike, but the mixture of puzzles and virtual trials might be crazy enough to work. 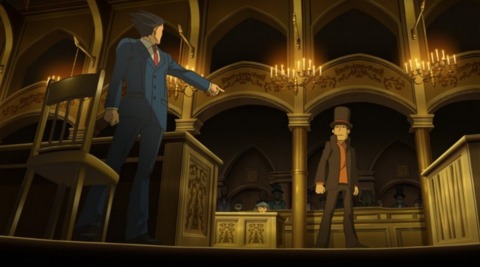 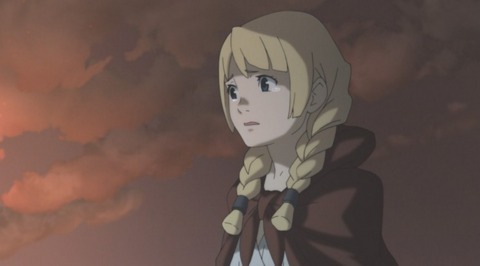 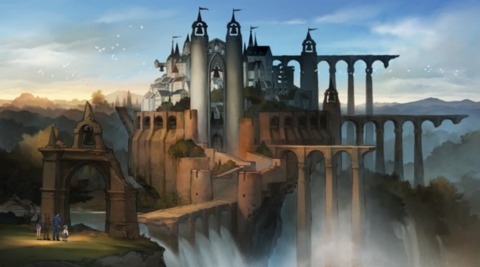 We haven't seen an Ace Attorney game in English since 2010's Ace Attorney Investigations: Miles Edgeworth, and we missed out on the Japanese-only sequel from 2011, unofficially known as Miles Edgeworth 2. That also happened to be the worst-selling Ace Attorney game in the past five years. Professor Layton, on the other hand, has always found its way to Western shores in a timely manner. Unfortunately, initial sales of Professor Layton vs. Phoenix Wright were worse than Miles Edgeworth 2 in Japan, and if that's preventing Level-5 or Capcom from making a move, it may take Nintendo's involvement to get this game into the hands of Westerners.

Time Travelers isn't the sort of game that would have been localized in the past, but after games such as Nine Hours, Nine Persons, Nine Doors and Zero Escape: Virtue's Last Reward were released to resoundingly positive reactions, there's a better chance that visual-novel games might start to find their way to Western shores. 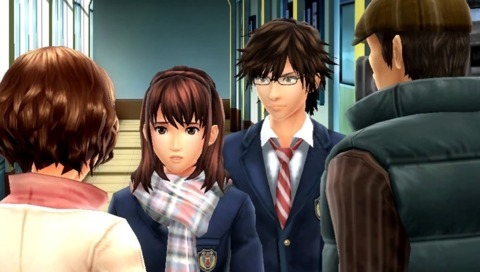 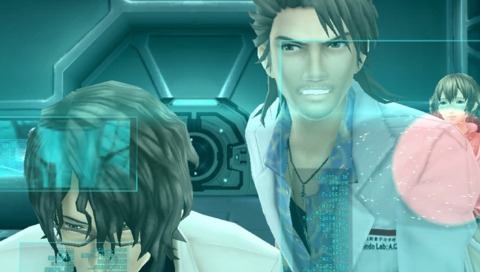 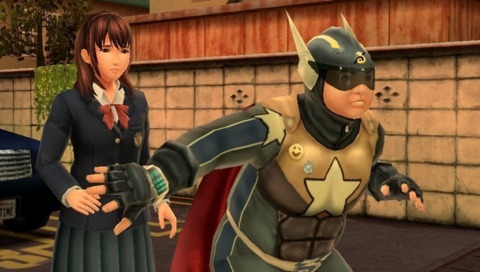 After a mysterious incident ruined large parts of Tokyo in 2013, the city was rebuilt, and its technology advanced considerably, due in part to a mysterious tower (referred to as the "space elevator") and its ability to generate large amounts of energy. The game takes place 18 years after the incident, in 2031, following the paths of five different people. As the game's title implies, you can manipulate time within the game, which lets you reverse previous decisions and alter the future. The story's conflict stems from Yuri, an exceptional high school student born at the time of the incident, who must keep her origins a secret. The game was released on the PSP, Vita, and 3DS, but considering publishers aren't jumping at the chance to release it in the West, Nintendo has the chance to kill two birds with one stone: publish what looks to be a fantastic visual novel to further diversify the 3DS library while also preventing another publisher from releasing the game on a Sony platform.

Dragon Quest VII's release on the PlayStation (as Dragon Warrior VII) didn't make much of a splash back in 2001, but it was the first game in the series to arrive on Western shores since Dragon Warrior IV landed on the NES in 1992, and the series' popularity has grown considerably over the last 12 years. 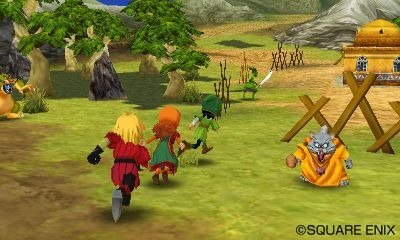 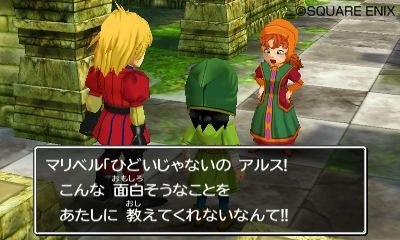 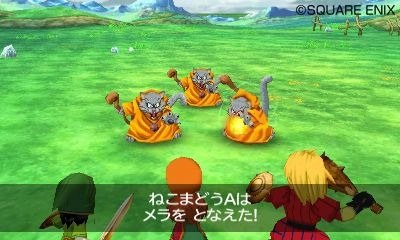 Although you might expect Square Enix to be the most suitable publisher for the remake, don't forget that Nintendo published Dragon Quest IX on the Nintendo DS in North America and Europe back in 2011. It went on to become the second game in the series to sell more than 1 million copies outside of Japan, following the trend set by Dragon Quest VIII in 2004. Back in 2001, Dragon Quest VII landed on the PlayStation a few months after the PlayStation 2 launched in North America, and realistically, it never had a chance to find a new audience. The game has been completely remade in 3D and looks fantastic, unlike the rather crummy mix of 2D and 3D found in the PlayStation version. Now that the series is relatively fresh in people's minds, Nintendo would do well to encourage Square Enix to publish Dragon Quest VII in the West. If Square Enix opts out, don't be surprised if Nintendo eventually picks up the slack.

This Lost Planet spin-off series takes the battle between snow pirates and the monstrous akrid into the realm of anime and manga, featuring brightly colored characters and an emphasis on highly stylized cutscenes. 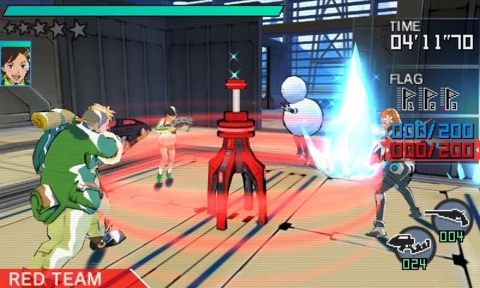 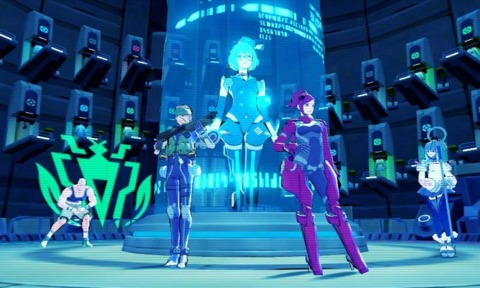 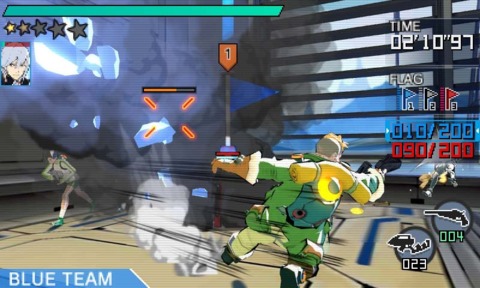 E.X. Troopers on the 3DS is very similar to the Japanese exclusive PlayStation 3 version of the game in terms of visuals and gameplay. There's the third-person action that the series is known for, accentuated by the main character's personal jetpack, but the cel-shaded presentation really lightens the mood. True, you're still on a distant planet fighting giant bugs for survival, but E.X. Troopers doesn't attempt to deliver gritty and stressful combat. Instead, it's a colorful, fast-paced shooter with enough personality to charm the pants off anyone who isn't completely cynical or wholly opposed to cartoony art styles. Capcom has repeatedly made it clear that it has zero plans to localize the game, but that doesn't mean Nintendo can't fix its mistake.

Speaking of charm, Rocket Slime 3 has one hell of a charming mascot, the immediately recognizable Slime enemy from the Dragon Quest series. The first game in the Rocket Slime series was released in the US back in 2006 on the Nintendo DS, but its sequel remains exclusive to Japan. Maybe, just maybe, Nintendo can prevent that from happening again. 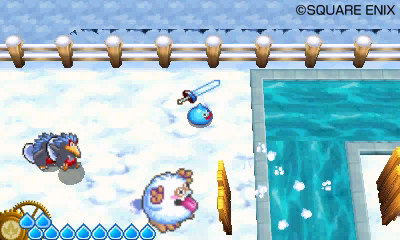 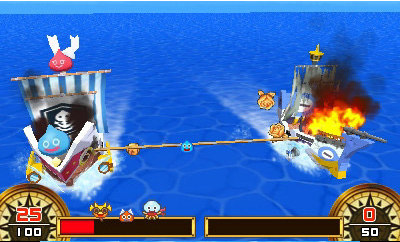 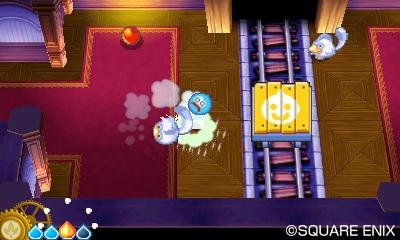 You control the iconic Slime on his lighthearted adventure to find magical orbs strewn about his world, flinging yourself into enemies and collecting items while exploring environments from a top-down perspective. Any items or enemies you gather can then be used during naval battles. "How?" you ask. Well, by firing them out of cannons, obviously. As in the tank battles in the original Rocket Slime, you'll go head-to-head with the Plob opposition in epic contests of might, firing debris and monsters at each other in an attempt to weaken defenses and board your opponent's ship. Rocket Slime games wear their goofiness on their sleeve, and based on the positive reactions to the original game from the few who actually bought it, such untempered wackiness works regardless of region. If Nintendo opted to publish Rocket Slime 3 and marketed it for what it is, I bet they'd find that 3DS owners are surprisingly receptive to whimsical worlds and creative experimentation.

Konami partnered with Star Ocean developer Tri-Ace to develop a slow-paced, dungeon-crawling RPG, and the result is a beautiful game that injects personality into the otherwise somber experiences typical of the subgenre. 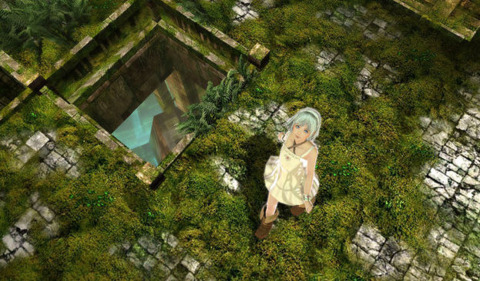 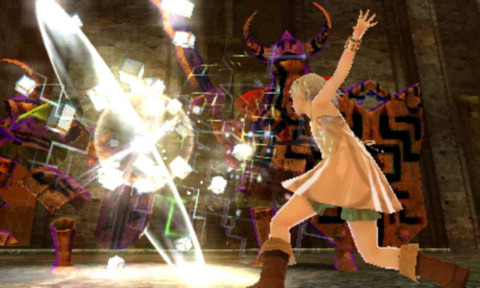 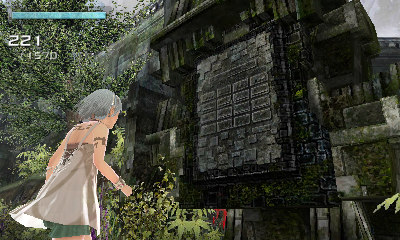 Beyond the Labyrinth is played from a first-person perspective, but you won't find yourself constantly staring into the void of a dungeon. Instead, you're partnered with a young girl who frequently engages you in conversation and convincingly reacts to the world and events around her. Dungeon-crawling series such as Etrian Odyssey have found success on the DS in North America, and as a game that tries to take the genre in new directions, Beyond the Labyrinth could find its own following if Konami or Nintendo decides to publish it outside of Japan.

The last game on this list might give potential publishers a licensing headache, but that doesn't mean it won't be worth the effort. Super Robot Wars pits giant mecha from a multitude of anime series against one another in a turn-based strategy game reminiscent of Fire Emblem and Project X Zone, and though the story bringing these disparate characters together may be a tad contrived, the variety of characters and combat abilities is where Super Robot Wars shines. 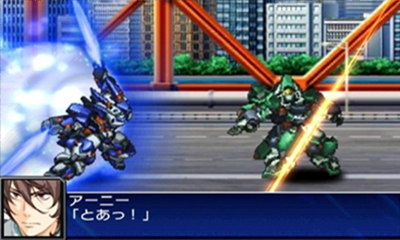 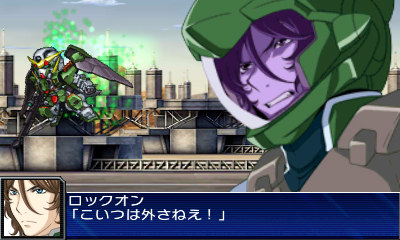 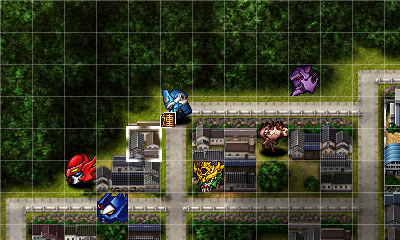 Unfortunately, considering the number of properties that go into a Super Robot Wars game, the chances of UX becoming available outside of Japan are slim. The only games in the series to receive localizations were from the Original Generation subseries, because of their exclusive use of original characters and mechs created by Banpresto. Precedents exist that make it not completely foolhardy to hope for a Western release, though. Many people thought Tatsunoko vs. Capcom on the Wii wouldn't make it out of Japan due to similar concerns, but that didn't prevent its eventual release, thanks to Tatsunoko's assistance in negotiating regional licenses on a per-character basis. Convincing Namco Bandai to work with its North American and European partners to secure new licenses for the game won't be easy, but Nintendo might be able to pull it off. 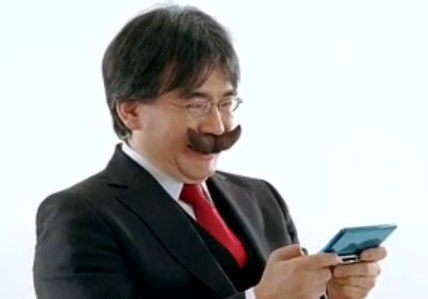 So there you have it: eight games that, if the stars (and Iwata) align, might one day go on sale outside of Japan. If you peruse the list of releases for gaps between regions, there aren't many games besides these eight that feel like logical conclusions in Nintendo's search. These are all high-quality games that, despite their undeniably Japanese personalities, have plenty to offer fans of their respective genres. Hopefully Nintendo sees that, and the gaps between regions can continue to shrink.

What say you? If not these, what other Japanese-exclusive 3DS games would you like to see localized for other regions?