Most Anticipated Games of 2019

Check It Out
Feature Article

Edmond Tran's Most Anticipated Game Of 2019: In The Valley Of Gods 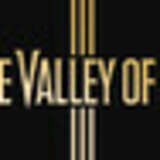 Campo Santo's Firewatch is one of my favorite games in recent memory. It tells a memorable, heartfelt story, exploring solitude and human relationships through a unique premise--You're a fire lookout in 1989, and the only emotional connection you have is restricted to a single person on the other end of a walkie-talkie. Its art direction is superb, its music is evocative, and the way it comes together to tell its story is unforgettable. We heralded it as one of our top games of 2016, and perhaps unsurprisingly, a film adaptation is currently in the works.

Naturally, my love for Firewatch makes me incredibly eager to see the kinds of interesting things the Campo Santo team are going to attempt with their next title, In The Valley Of Gods. Revealed at The Game Awards in 2017, its sole trailer depicts another fascinating premise--Set in 1920's Egypt, you play disgraced explorer and filmmaker Rashida, who is taking one last grand adventure to try and document the discovery of the tomb of Queen Nefertiti (which still remains undiscovered to this day). Rashida is joined by her former partner Zora, whom she has troubled history with.

On its face, the setup already reveals a relationship that I'm eager to see unfold--there's a dynamic of codependence and trust required by two people who presumably have some serious issues with one another. I'm also curious to see how Campo Santo uses physical space and body language to explore this relationship. Creating compelling physical performances is going to be a new challenge for the team, for one, and the fact that you'll presumably be in close proximity to Zora the majority of the time has me keen to see how the tension and dialogue ebbs and flows.

I'm also curious to see how the backstory is revealed and dealt with--if at all. Company founders Sean Vanaman and Jake Rodkin were directors on Telltale's The Walking Dead, and the way that seminal first season handled the mysterious past of its protagonist Lee in the first few episodes made for an interesting dynamic--you had to embody and converse as him, despite not knowing anything about his past. Needing to paint your own a picture of him in your head with your own assumptions was a neat way to get invested.

Then there's the overarching plot--I'm eager to see how the more grounded, historical mystery unfolds. Firewatch's chronology was fragmented and told over a long period of time, and I'm presuming that the expedition of In The Valley Of Gods will be more concentrated and uninterrupted. Campo Santo have said in interviews that they're aiming to take into account the real-world happenings in history, archeology, and technology of 1920, which I also look forward to learning more about.

The trailer revealed some kind of cinematography aspect to the game--Rashida and Zora are filmmakers, of course, and they're documenting events with a 35mm camera. I'm curious to see how that mechanic ends up being implemented, and I'm eager to see what kinds of new dimensions that might add to what you might typically expect from a daring archeological adventure. Will players be able to frame the events of the adventure differently, and how might that impact the narrative and relationships between the characters?

Though the slated release window for In The Valley Of Gods changed from 2019 to "TBD" at some point, I'm still hoping to learn more about it next year. Campo Santo has been busy in the meantime, however. The studio was acquired by Valve Corporation (you know, the company behind Dota 2, Half-Life, and Steam) in April of 2018 and relocated to Seattle. This means that In The Valley Of Gods will be released as a Valve game. The team also worked on bringing Firewatch to Nintendo Switch, which released in December 2018.

Exploring ancient civilizations isn't a unique premise in games, the Tomb Raiders and Uncharteds of the world have reveled in making the concept exciting and action-packed for a number of years. But In The Valley Of Gods looks like its take will be more grounded, where the major conflicts are more interpersonal and less... fatal, I hope. I know the team is capable of creating fantastic narrative adventures, and I can't wait to spend time with Rashida and Zora.

In the Valley of Gods
Most Anticipated Games of 2019
Got a news tip or want to contact us directly? Email news@gamespot.com

In the Valley of Gods

Devil May Cry 5: The Review, Guides, SSS Rank Gameplay, And What To Know

Jess McDonell's Most Anticipated Game of 2019: The Outer Worlds

Edmond Tran's Most Anticipated Game Of 2019: In The Valley Of Gods

Oscar Dayus's Most Anticipated Game Of 2019: Pokemon For Nintendo Switch