Eastshade Dev Reveals Songs Of Glimmerwick, An RPG Where You Cast Spells With Music

You can also attend potions class or work in the university's garden, all of which just looks wonderfully nice.

Eastshade Studios' last game, Eastshade, is superb, so we're excited to see what the studio manages to accomplish with this next title. In GameSpot's Eastshade review, David Wildgoose gave the game 9/10, writing, "By giving you a paintbrush (and a kettle) instead of a sword, Eastshade is a rare first-person open world game that's not about killing but rather about doing good deeds, helping people see the error of their ways, and bringing communities together all through the power of art. It's a breath of fresh Eastshadian air and a genuine, unironic feel-good game." 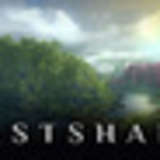